As a schoolgirl, Emily Dickinson wrote cheerfully to her friend Abiah Root, “We have a very fine school. There are 63 scholars. I have four studies. They are Philosophy, Geology, Latin, and Botany. How large they sound, don’t they? I have written one composition this term, and I need not assure you it was exceedingly edifying to myself as well as everybody else.” Listing Noah Webster and Dickinson’s grandfather, Samuel Fowler Dickinson, among its founders, Amherst Academy was a sister institution to Amherst College and helped achieve the educational aspirations of the town. Like most New England schools of the period, it grounded its mission in Christianity, but the curriculum was also broad and ambitious. The Classical and English programs were available to both girls and boys, and Emily Dickinson attended from ages seven to fifteen. 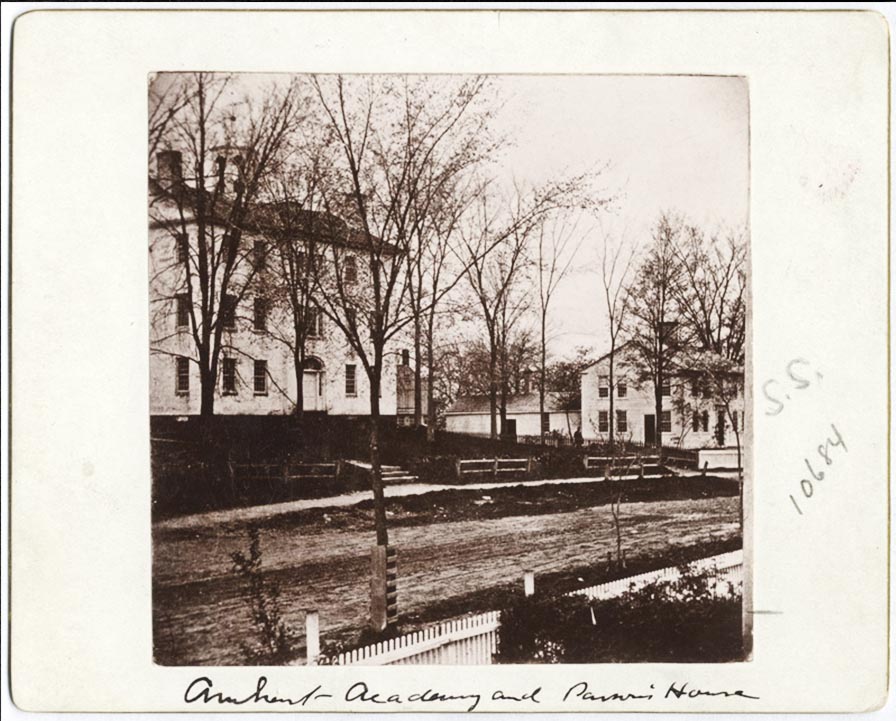