“The library was a small room on the right as you entered the large hall. It was crowded with books, and so was every other room…Austin Dickinson’s home was altogether a library. There were many paintings, but the books impressed you most.”

In 1895 after a redecorating campaign, Ned Dickinson wrote to his mother Susan about the “new” library, saying she, “cannot fail of being satisfied with [her] investment.” An example of Susan’s periodic decor updates, the library still has its 1895 appearance. It is a room made to be, as Ned said, “so tasteful, dainty, and fresh that one would find inspiration in its very charm”. Today’s visitor must imagine this inspiring room filled with family and many, many books. The Dickinson family’s books are now in the care of the Houghton Library at Harvard University. 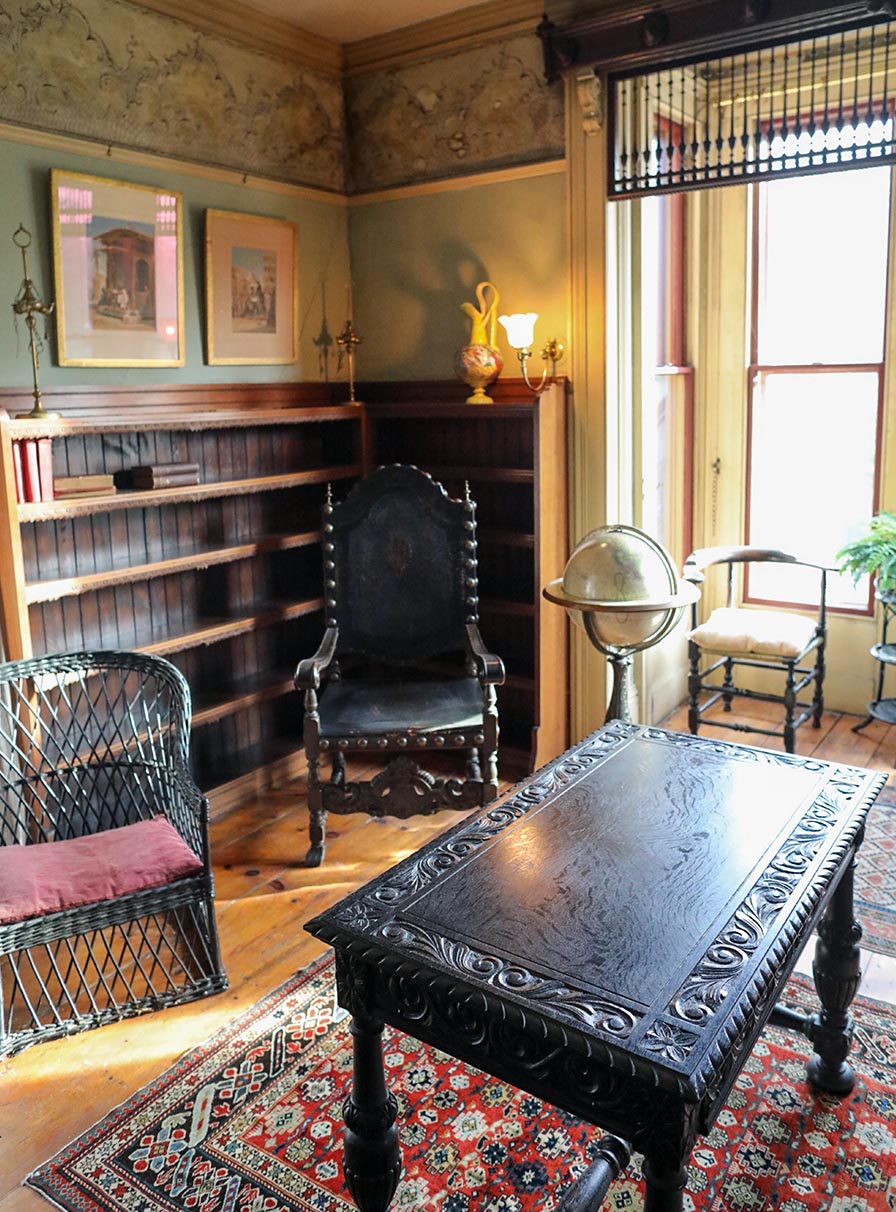