Austin Dickinson received this still-dazzling oak ceiling in the 1880s as a token of appreciation from a Boston architectural firm, who he had hired for a building project at Amherst College. By this time, Austin’s public persona as College treasurer and a town leader lay far from that of his reclusive sister next door. Like his father (who was largely responsible for bringing the railroad to Amherst in the 1850s), Austin strove publicly to leave his mark; the town commons, Wildwood Cemetery, and the congregational church across the street from The Evergreens are some of his contributions that remain visible today. 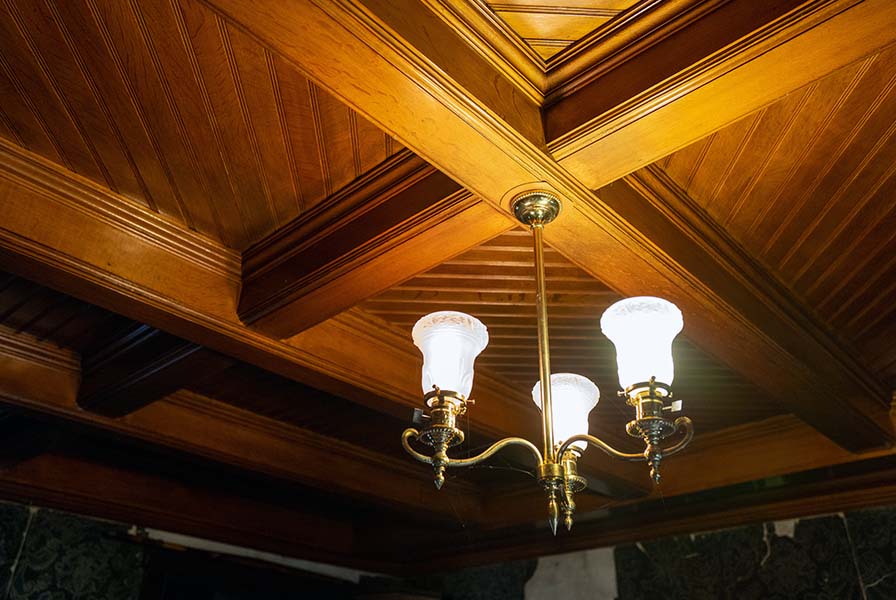