These call bells gave Susan and Austin constant access to the people they employed for household work. Between the two Dickinson properties, nearly eighty different individuals worked as temporary and permanent servants, anywhere from two to six at a time. Some worked in the houses as maids, laundresses, or cooks, while others performed outdoor tasks including gardening, fieldwork in the Dickinson hay meadow across the street, and tending to the family’s horses, chickens, pigs, and a cow in the large barn at the Homestead. Among those the Dickinsons employed were people of Native American and African American descent, as well as Irish and English immigrants who made up the majority of the Dickinsons’ hired workers by the mid-1850s. 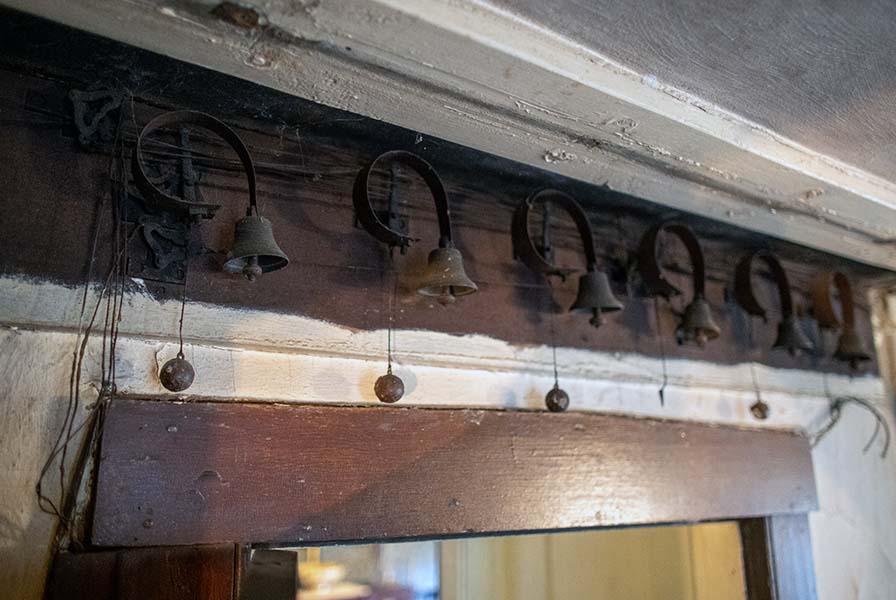