The backdoor of the Homestead was the final threshold through which the poet’s earthly remains passed in 1886. Her death on May 15 came after two and a half years of ill health and months of confinement to her bed. The loss of friends and family members in her final years took a toll on her health. She wrote in a letter to Mrs. Holland, “The Physician says I have ‘Nervous Prostration’....The Crisis of the sorrow of so many years is all that tires me.” The cause on Dickinson’s death certificate was “Bright’s Disease,” a general diagnosis that included kidney disease; however, her symptoms indicate that she more likely died of heart failure. 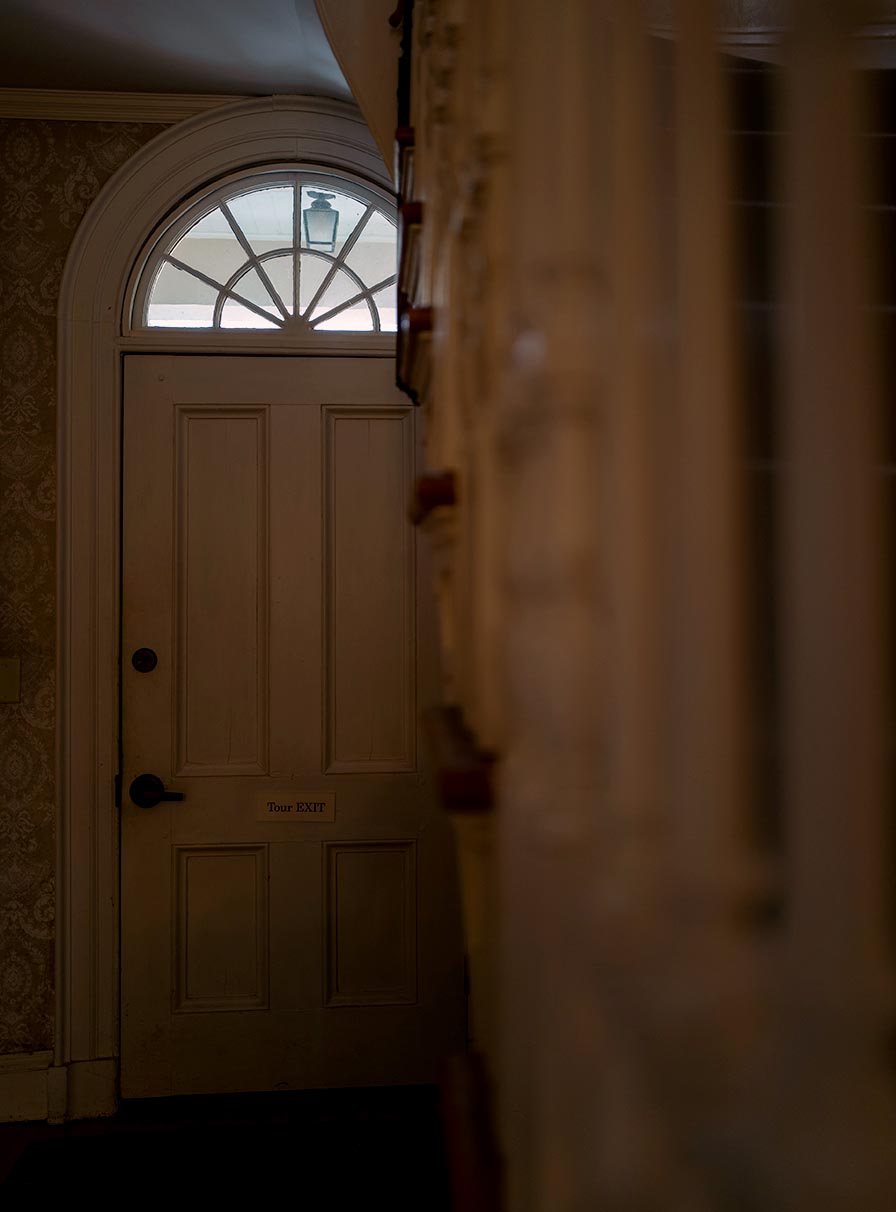 Four days later, Dickinson’s white-garbed body lay in a white coffin in the Homestead parlor, while prayers were said. Friend T. W. Higginson later reported: “E.D.’s face a wondrous restoration of youth – she is 54 [55] & looked 30, not a gray hair or wrinkle, & perfect peace on the beautiful brow. There was a little bunch of violets at the neck & one pink cypripedium; the sister Vinnie put in two heliotropes by her hand ‘to take to Judge Lord’”. Defying customary practice by Dickinson’s own request, the casket was carried by six Irish Homestead workmen, rather than the town’s leading citizens. They circled her garden, through the great barn, and up a grassy path across the fields to West Cemetery. There the poet was interred in a grave sister-in-law Sue had lined with evergreen boughs, within the family plot enclosed by an iron fence. 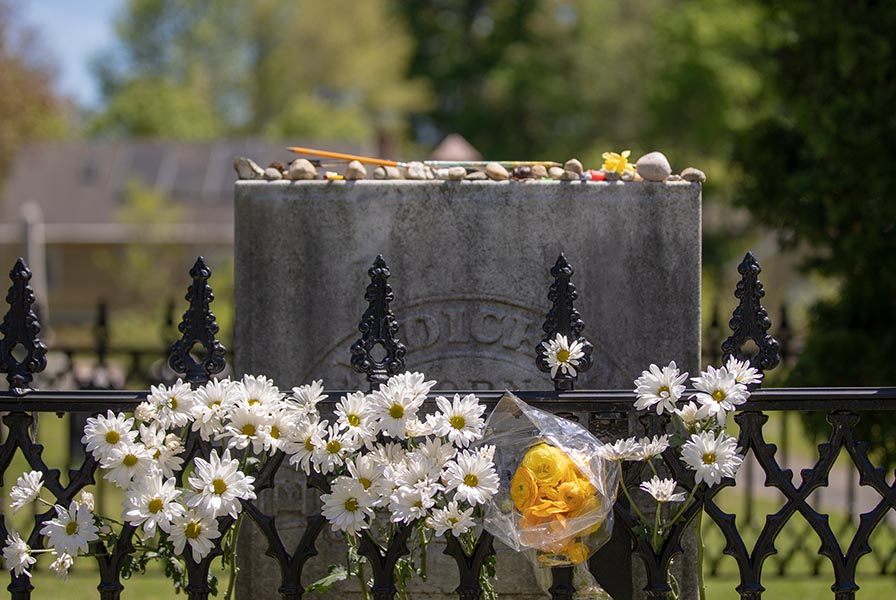