In 1850, Edward Dickinson gifted his daughter a dog. Carlo, as he was named, was a beloved companion to the poet for sixteen years. It is believed that Carlo was a Newfoundland, and that his moniker was inspired by Dickinson’s reading of the novel Jane Eyre that same autumn. Carlo was often referenced in Dickinson’s letters, and even appears in poems. Her companion accompanied the poet on her long walks through the woods, fields, and hills of Amherst. In a letter of introduction to T. W. Higginson she wrote, “You ask of my Companions Hills – Sir – and the Sundown – and a Dog – large as myself, that my Father bought me – They are better than Beings – because they know – but do not tell–.” It is surely no coincidence that Dickinson’s reclusiveness deepened after the death of her “shaggy ally” in 1866. 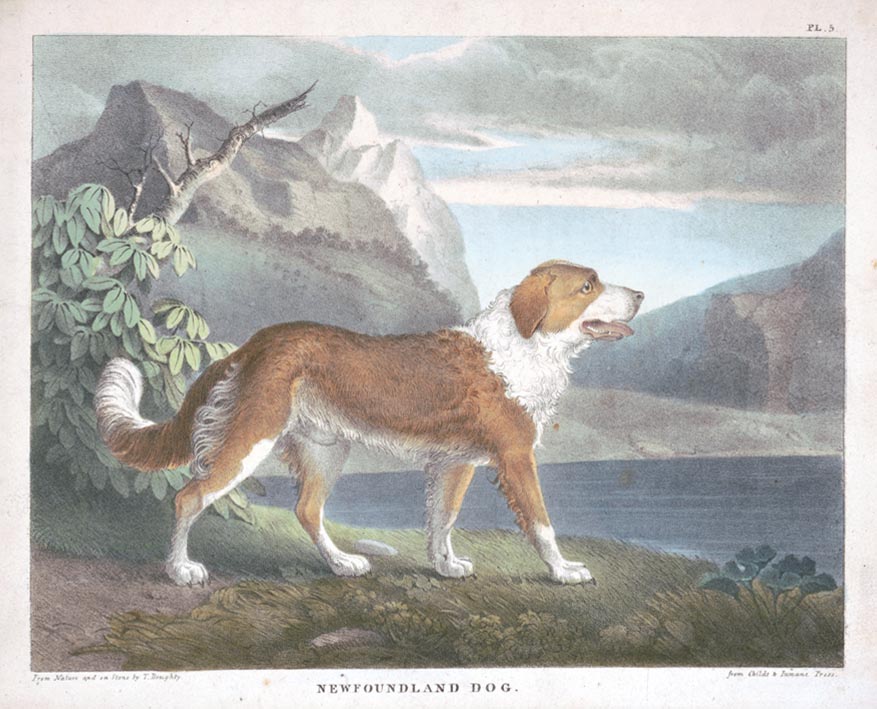