In September 1881, David Peck Todd and his wife, Mabel, moved to Amherst so that David could take the new professorship of astronomy at Amherst College. As treasurer of the college, Austin Dickinson frequently welcomed and entertained new faculty at his home. Mabel was a favorite of the Dickinsons in both households. She socialized with Susan and the children, and was even invited by the poet’s siblings, Austin and Lavinia, to play the piano and sing for their now reclusive sister and infirm mother at the Homestead. Over the next four and a half years Mabel became acquainted with the poet, exchanging notes and tokens of affection, yet never saw her face to face. 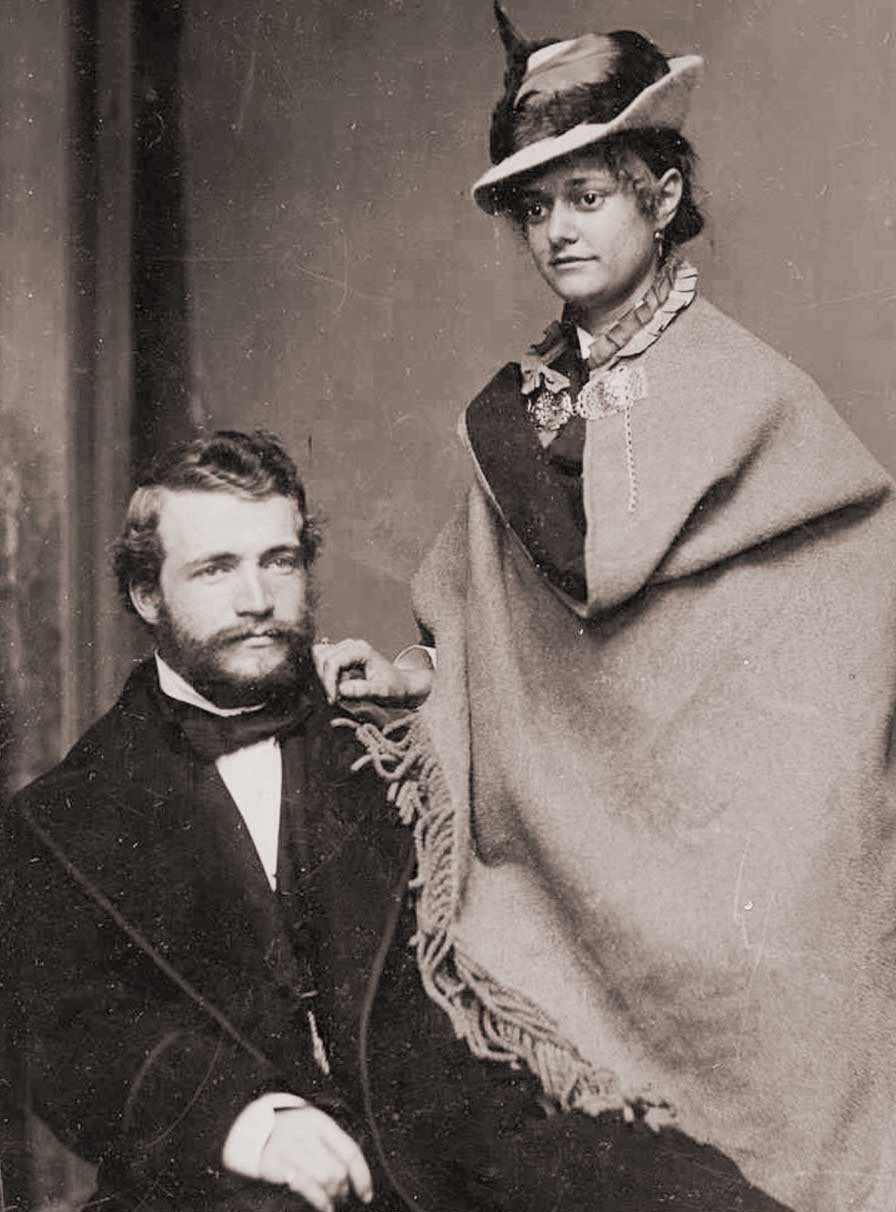