Socializing in the parlor with Samuel Bowles, editor of The Springfield Republican newspaper, was one early avenue to publication for Emily Dickinson. Of the twelve known instances when she was published (anonymously) in her lifetime, four were in the pages of Bowles’s paper. While it is unclear if Dickinson consented to publication, she did consider the gregarious editor among her close friends. Always eager to find new talent and material for the pages of his paper, Sam encouraged Susan Dickinson to act on his behalf: “Next time you write, tell Emily to give me one of her little gems.” (1862). The poem pictured here is an example of one that traveled between the Homestead and The Evergreens as the poet sought and received Sue’s input for revisions. Though titled “The Sleeping” in The Republican, this much loved poem is known by its first line, “Safe in their Alabaster Chambers.” 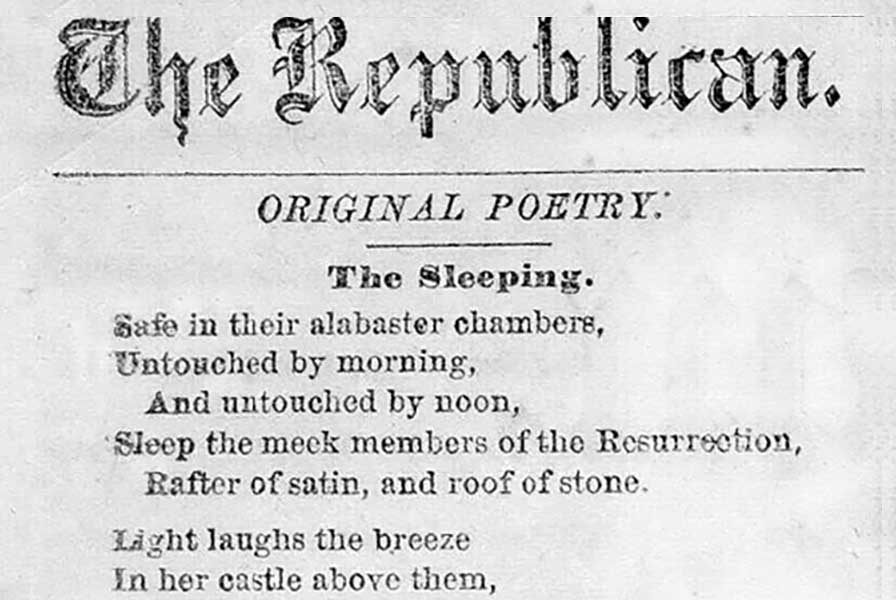