“done to the glory”

This table setting shows off the silver and china Susan used to serve her so-called “magnetic visitors.” She held her household to high standards for entertaining, writing out menu cards for elegant dinners with thirteen courses and à la mode items like caviar, oysters, and brie cheese. Every detail of Susan’s hostessing was “done to the glory’” according to her daughter Martha, who also recalled her mother’s orders before one Amherst College Commencement Tea:

“‘Run up in the garden, dear, and get some rosebuds from the Baltimore Belle bush, and some sprays of heliotrope and sweet geranium leaves. Make six button-hole bouquets, you know how, and hurry back so you can lay them by the plates before the gentlemen come down…’ Everybody was coming down the hall as I laid the last one on its napkin.” 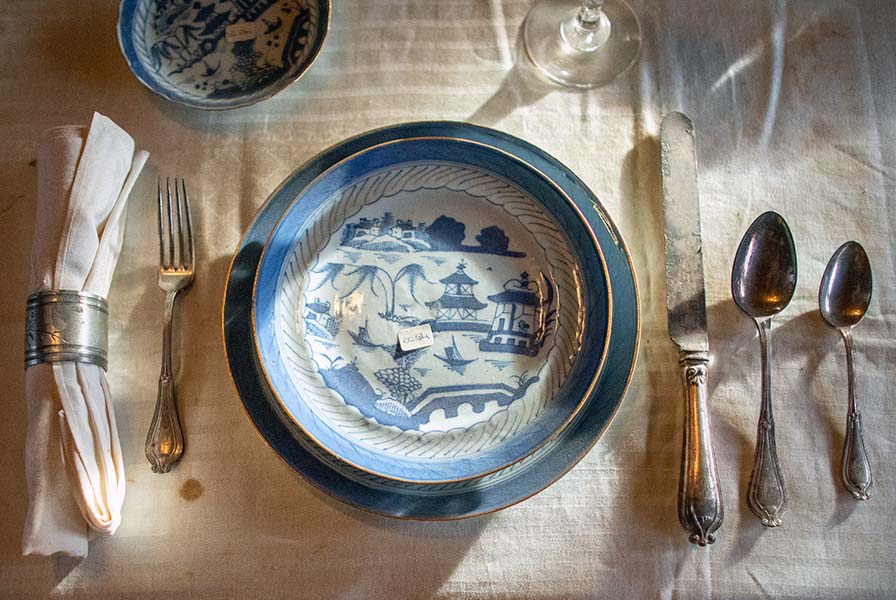