Of all the literature that Emily Dickinson devoured, the book she returned to most was the King James Bible. She received this green, leather-covered Bible, inscribed with her name, from her father at age thirteen. She read and reread it, often quoting it from memory. Its stories and personages made frequent appearances in her letters and poems, sometimes through the deftest of references. She once told a friend that all literature might be sifted to the Bible and Shakespeare. Like most Amherst families, the Dickinsons held daily religious observances in their home, and during her early years the poet attended services at Amherst’s First Congregational Church. 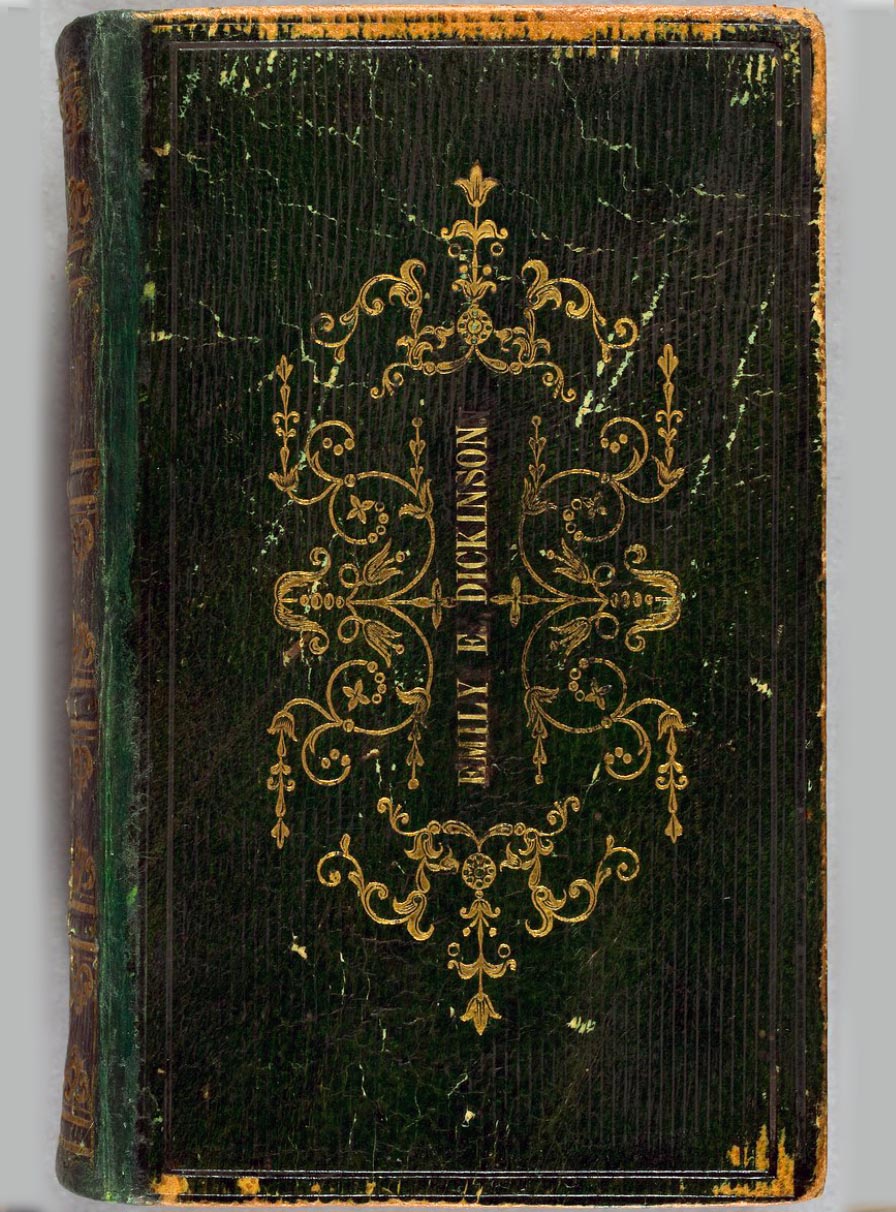