From 1858 to 1864, Emily Dickinson composed and organized about 800 of her poems into small booklets bound with kitchen string, later called fascicles by posthumous editors. Her sister Lavinia discovered these private “publications” only after the poet’s death. Margaret Maher, long-time domestic worker for the family, likely preserved the bulk of Dickinson’s poetic manuscripts. Without Lavinia’s persistence in urging others to publish the poems, we would know little or nothing of Dickinson’s legacy today. 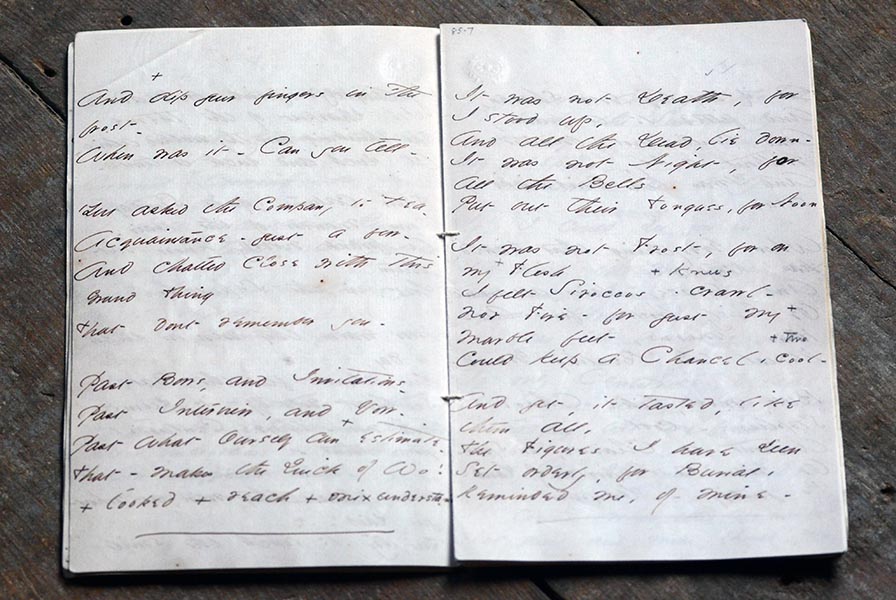