“We don’t have many jokes tho’ now, it is pretty much all sobriety, and we do not have much poetry, father having made up his mind that its pretty much all real life. Fathers life and mine sometimes come into collision, but as yet, escape unhurt!”

Edward Dickinson (1803-1874) embraced the conservative Whig political party and its ethics of responsibility, fairness, and personal restraint; contemporaries found his demeanor unyielding. He took his role as head of his family seriously, and within the home his decisions were law. After attending Yale and Amherst College, he opened a law practice in town in 1826 and married Emily Norcross. Like his father before and his son after, Edward was a civic-minded person; he represented Amherst in the state legislature, served thirty-seven years as treasurer of Amherst College, was elected to the Thirty-third U.S. Congress, and led efforts to bring the railroad to town in the mid 1850s. Edward’s lonely death in a Boston boardinghouse, following his collapse on the floor of the state house, was unbearable to the whole family. The entire town closed down on the afternoon of his funeral. 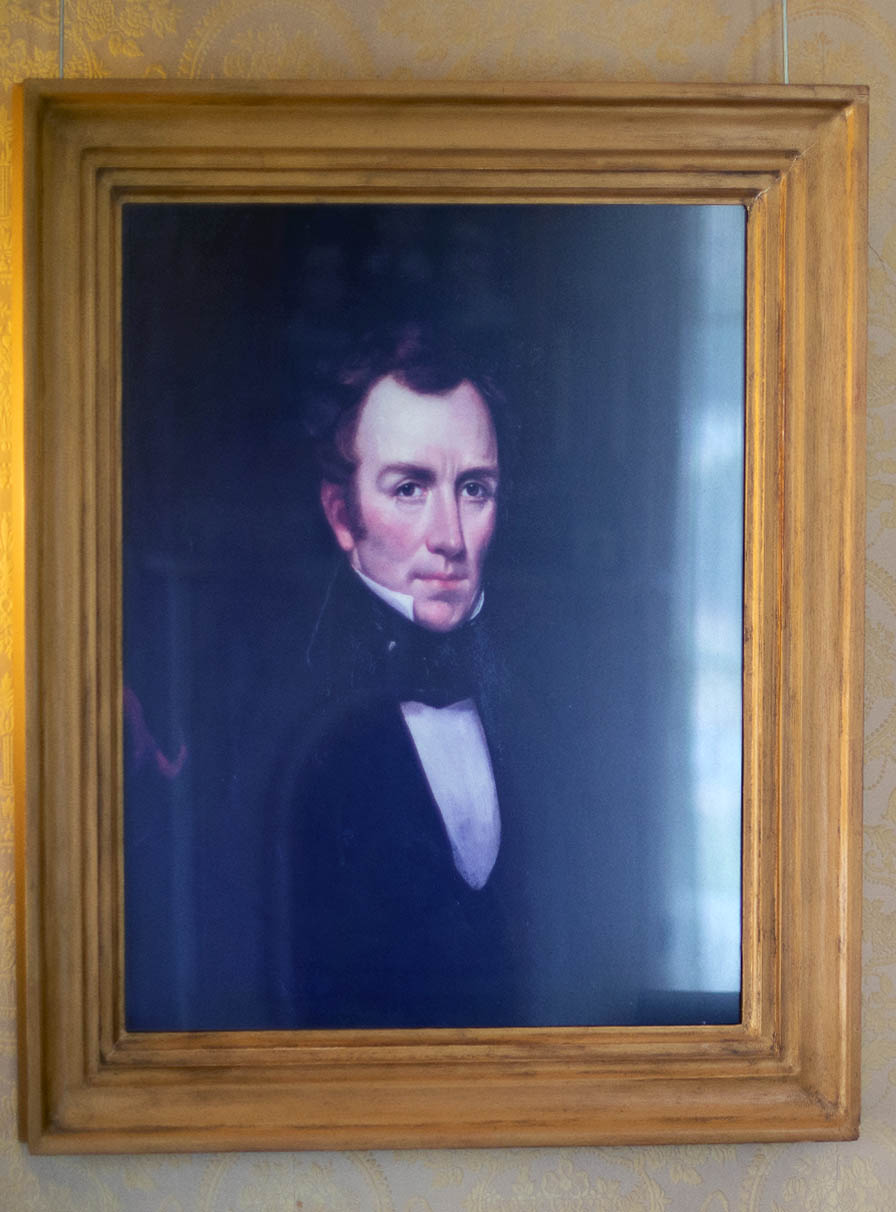