“All is faint indeed without our vanished mother, who achieved in sweetness what she lost in strength, though grief of wonder at her fate made the winter short, and each night I reach finds my lungs more breathless, seeking what it means.”

The poet’s last years were marked by loss, beginning with the death of her mother in 1882. After Mrs. Dickinson suffered a stroke that left her paralyzed in 1875, her two daughters nursed her in the northwest chamber of the Homestead. A door in the poet’s own room connected to this bedchamber, for easy, round-the-clock care. Four years after her mother’s death, Dickinson lay in her own bed—pictured here—during her final days, until as Austin wrote, “She ceased to breathe that terrible breathing just before the whistles sounded for six [p.m.].” 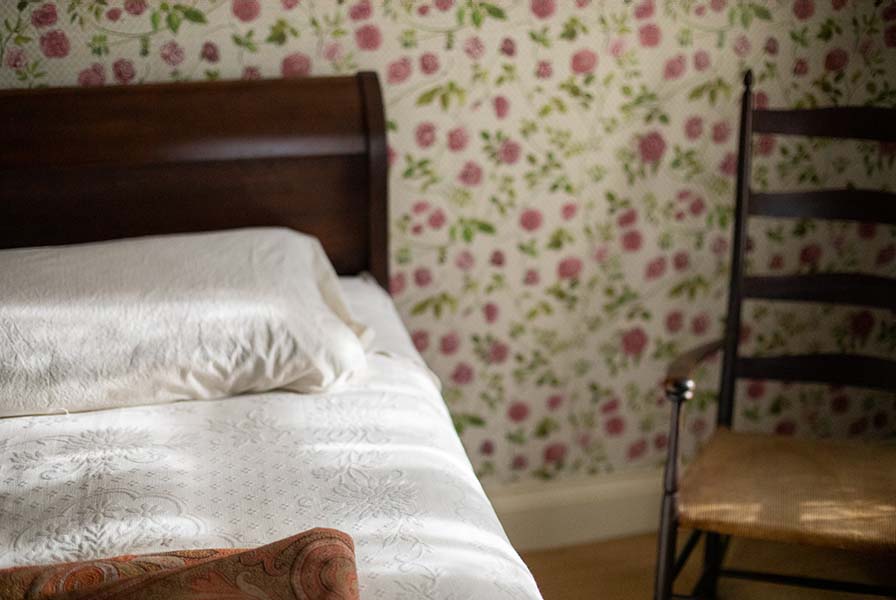