In 1867, with fundraising and administrative support from the poet’s brother, Austin Dickinson, a new First Church was built almost directly across the street from The Evergreens, and thus just a few yards away from the Dickinson Homestead. Despite its easy proximity to her home, the poet had stopped attending any church services by this point in her life. Though she chose not to participate in public religious life, Dickinson’s poems reveal a keen interest in issues of faith and doubt, suffering and salvation, mortality and immortality. Deaths of friends and family members, the Civil War, and close observation of nature’s cycles prompted poetic musings on religious themes throughout her life. 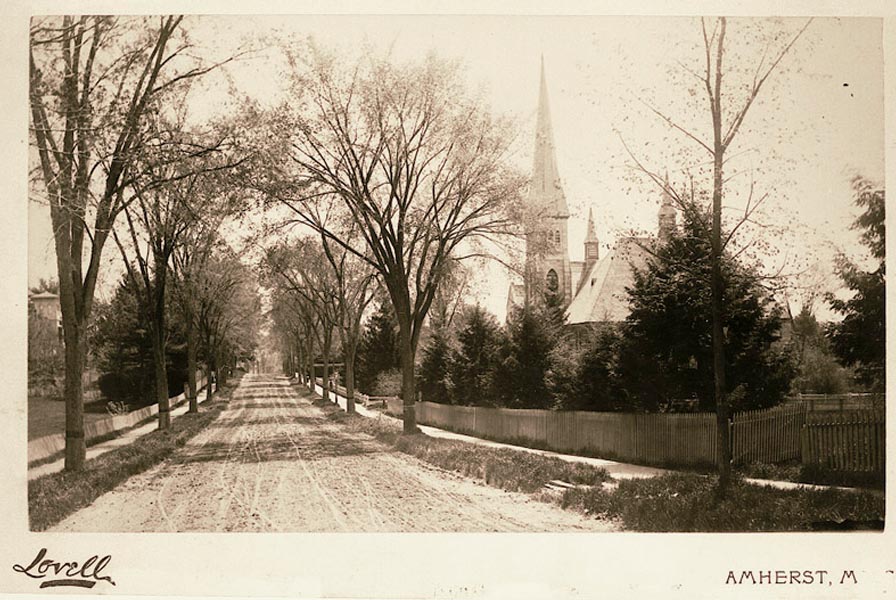