“Dear Little Gib’s hair, cut off in June 1883 — the yellow lock is exactly as it was on his head. He was six years old – and perfectly happy to have it cut, because he wanted to be a man.”

Susan’s note above accompanies this lock of hair in the Museum’s collection. In the fall of 1883 Gib contracted typhoid fever, and died on October 5 at the age of eight. In a rare excursion from the Homestead, Dickinson came to sit by his bedside the night before he died, and her letter of condolence to Sue is seared with her grief. She writes,

“Gilbert rejoiced in Secrets — his Life was panting with them — with what menace of Light he cried “Dont tell, Aunt Emily!” . . . I see him in the Star, and meet his sweet velocity in everything that flies…

Some scholars point to the loss of her beloved nephew as the beginning of Dickinson’s own decline in health and eventual 1886 death; Dickinson’s sister Lavinia remarked in an 1885 letter that, “Emily has been delicate since little Gilbert died.” 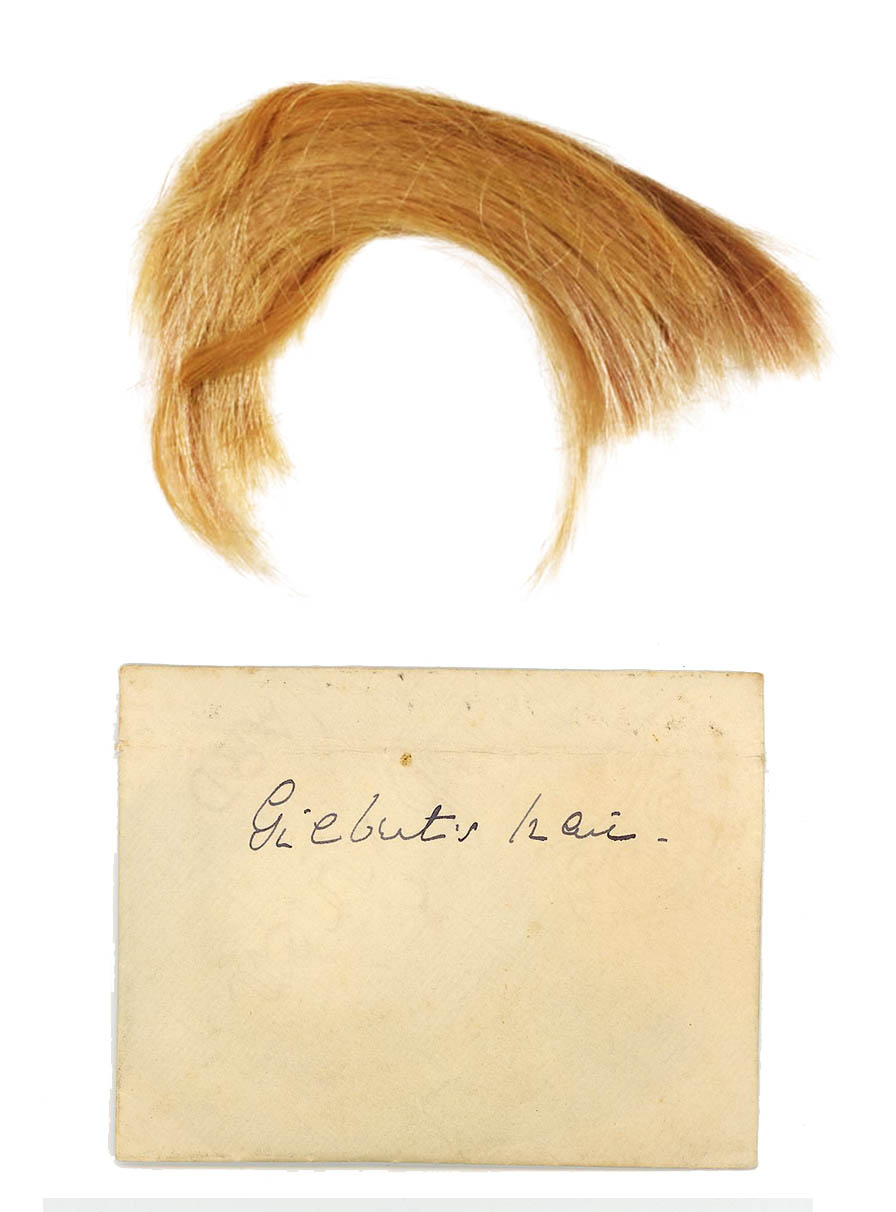