Whether or not she was in attendance, Dickinson would have known when somebody of social or intellectual repute took center stage at The Evergreens. Did the poet reflect on these moments later as she wrote these lines? In her manuscript, she used the word “advertise” in the fourth line as a variant for “banish us.” We might speculate which fate would have been worse for the poet: to be advertised and made public? Or to be banished and left out? 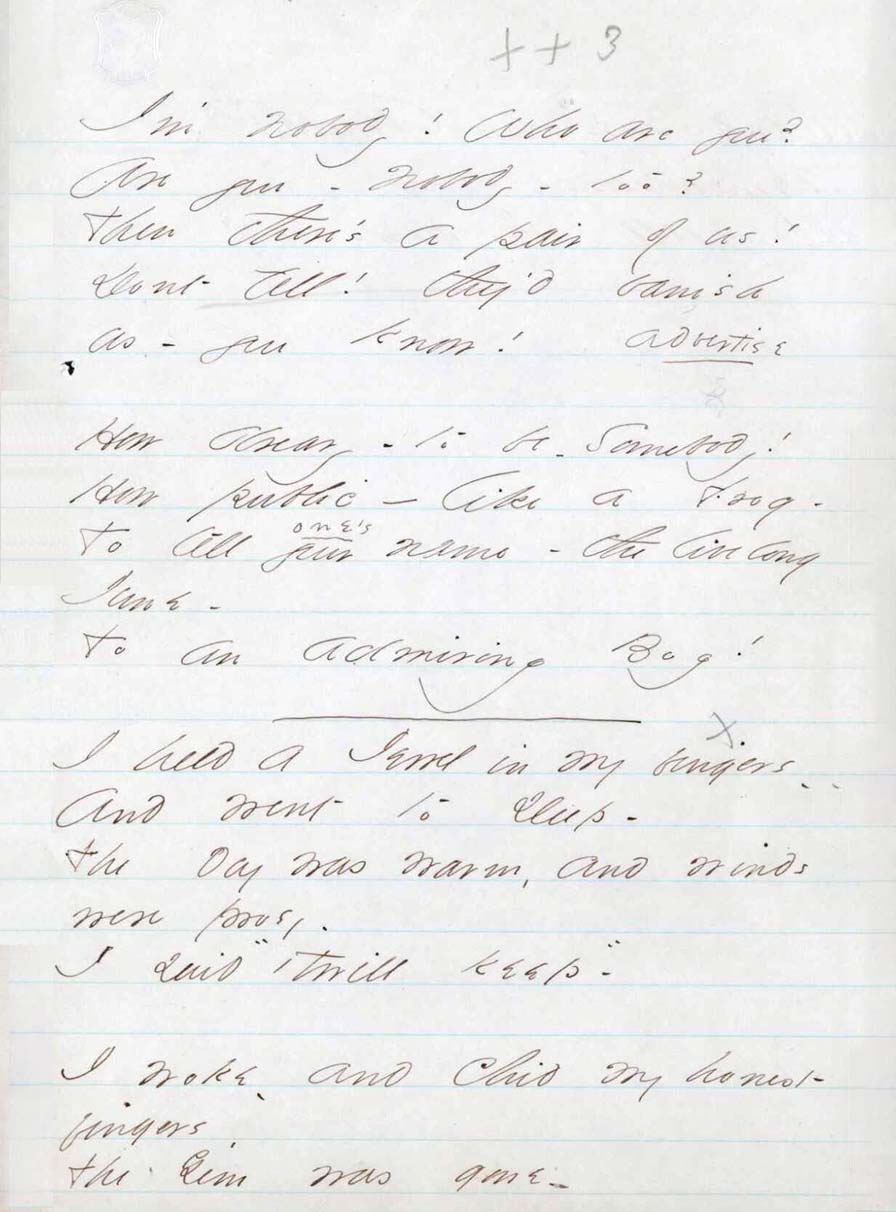