After Gib died in October 1883, the family preserved the nursery as a kind of memorial. Inside were all his clothes, toys, and other possessions, including the suit of clothes now on the bed. No other children ever lived in The Evergreens again, and whether or not the room was used occasionally by the home’s later residents, it remains as a virtually untouched example of a Victorian nursery, and the eight-year-old boy’s room as he left it. 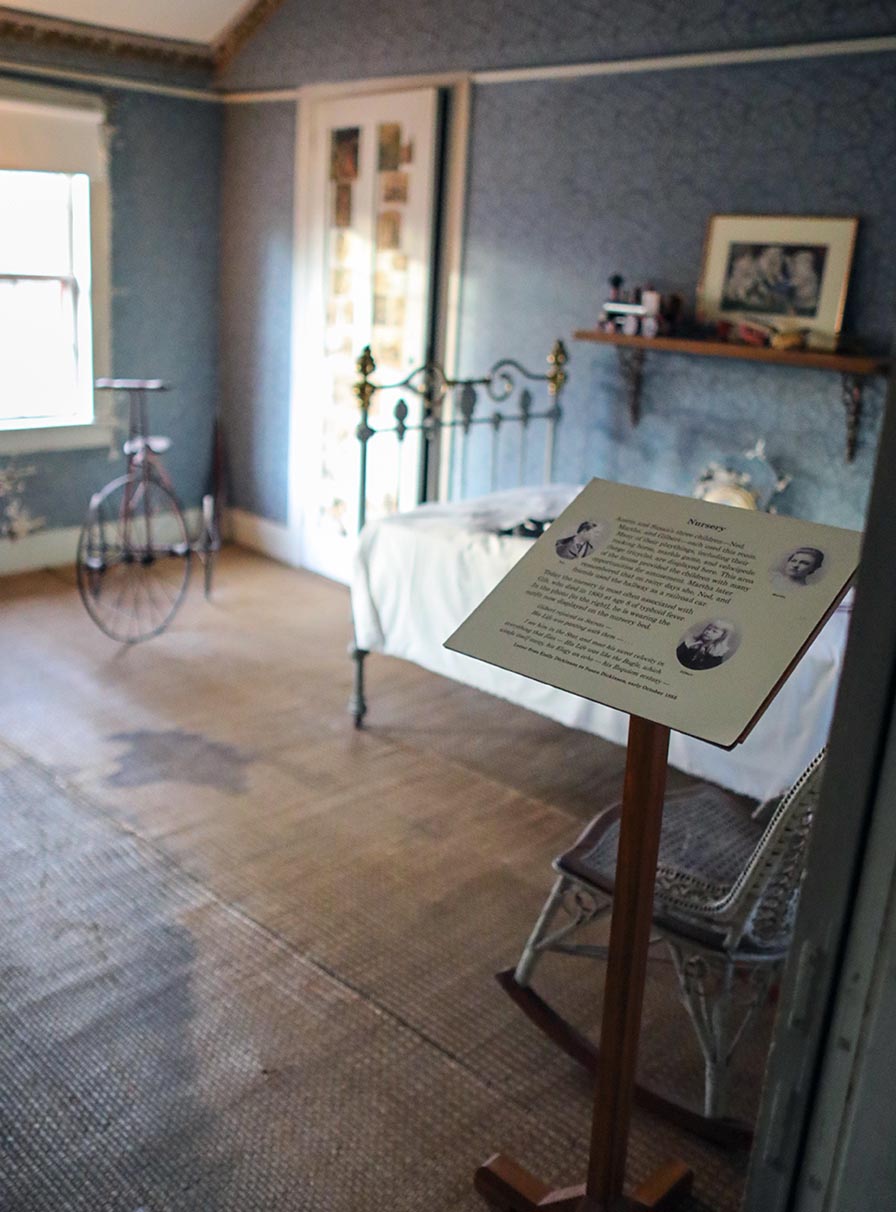 The Evergreens is full of original finishes, but the nursery wallpapers are especially well preserved. The blue wallpaper, gold trim, and pasted magazine clippings remain bright and vibrant nearly 140 years later, and together with the room’s toys and furnishings, transport visitors into the Dickinson family’s daily life, shedding light on the human dramas enacted here. 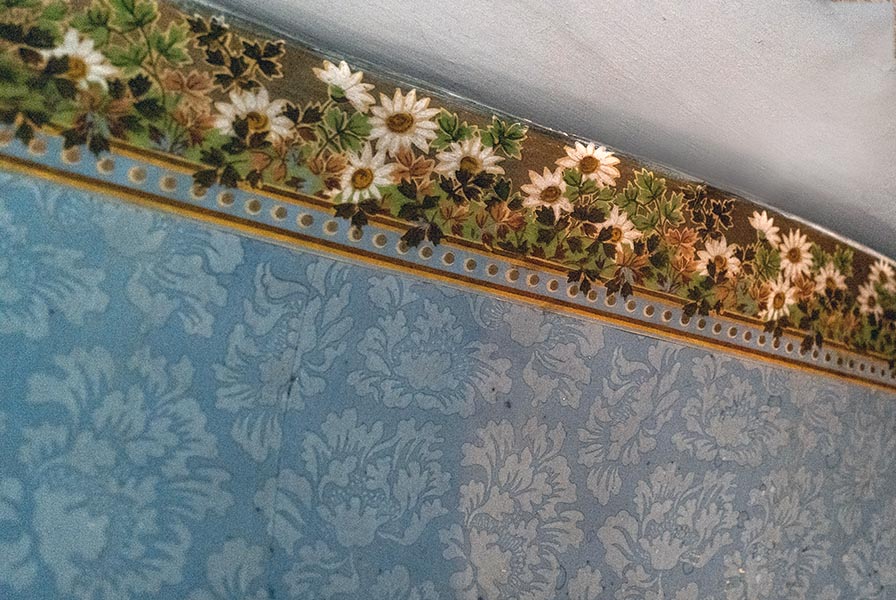