19th-century Amherst, where Dickinson lived most of her life, was a changing place. Originally developed as a small town with a focus on agriculture and Christian education, Amherst was also in the process of industrializing. Out the south parlor windows Dickinson saw her family’s ten acre hay meadow which grew wheat and rye; at the end of the meadow stood the Hills Company hat factory, one of the largest producers of palm leaf hats in the country. The commanding whistles of the brick factory, with its tall chimneys visible from the Homestead, punctuated Emily Dickinson’s days. 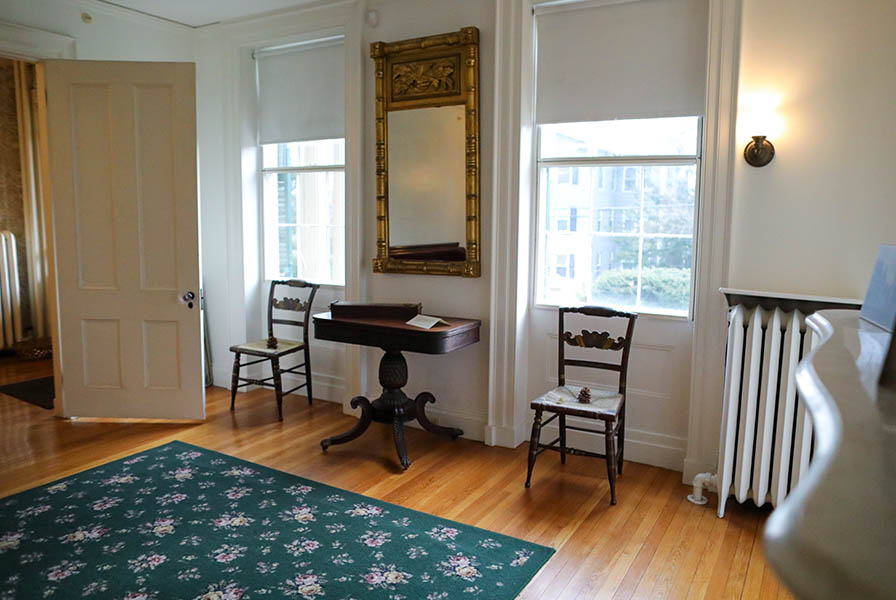