Is it true, dear Sue?
Are there two?
I should'nt like to come
For fear of joggling Him!
If I could shut him up
In a Coffee Cup,
Or tie him to a pin
Till I got in -
Or make him fast
To "Toby's" fist -
Hist! Whist! I'd come! 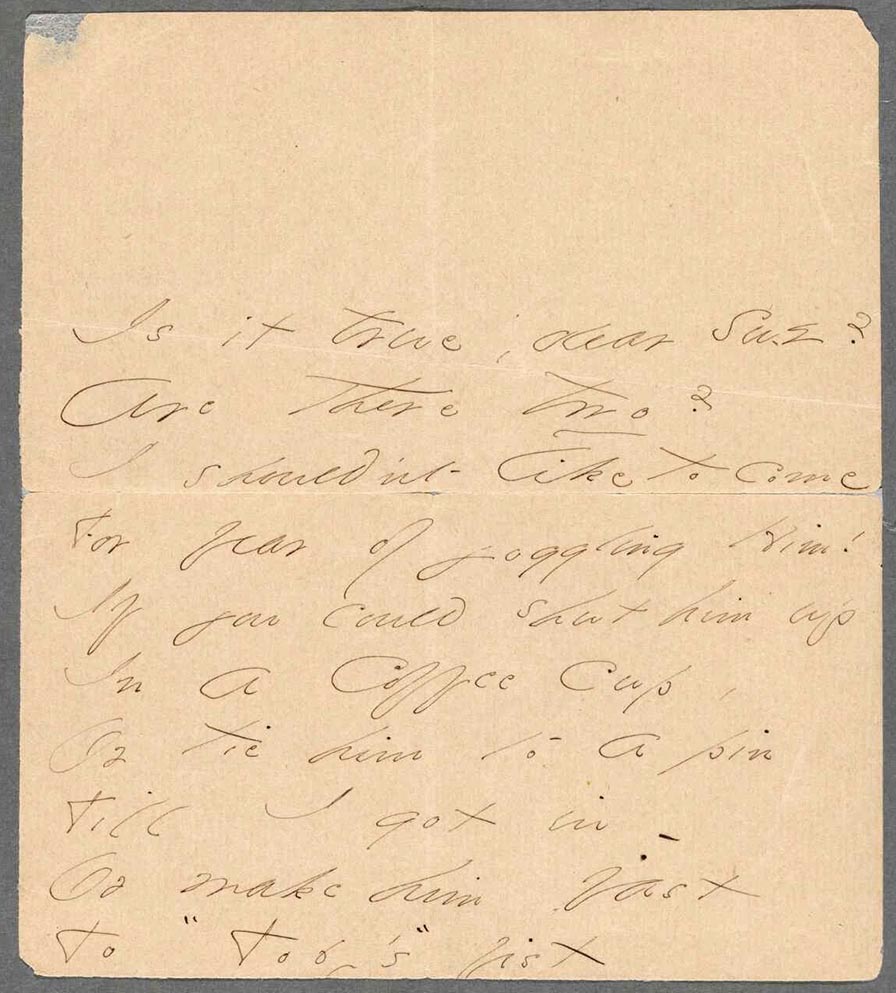 Dickinson sent this poem to The Evergreens upon the birth of Edward (nicknamed “Ned”) in 1861. Here, the poet’s fear of “joggling” the infant leads her to imagine several ways of keeping him safe including fastening him to Toby, the cat! The jolity of the note belies it’s true message, which is that she has not yet paid a visit to the new mother and babe from just across the lawn. Ned’s birth marked a change and, for a time, a distance, in the two womens’ relationship. Susan was stretched thin by Ned’s precarious health, and she had as little time to spend with Dickinson as the poet had desire to help with the infant. Ultimately the poet did develop a close and loving relationship with the newest Dickinsons, and after the 1875 birth of Susan’s third child Gib, she sent this note: “Emily and all that she has are Sue’s service, if of any comfort to Baby.” 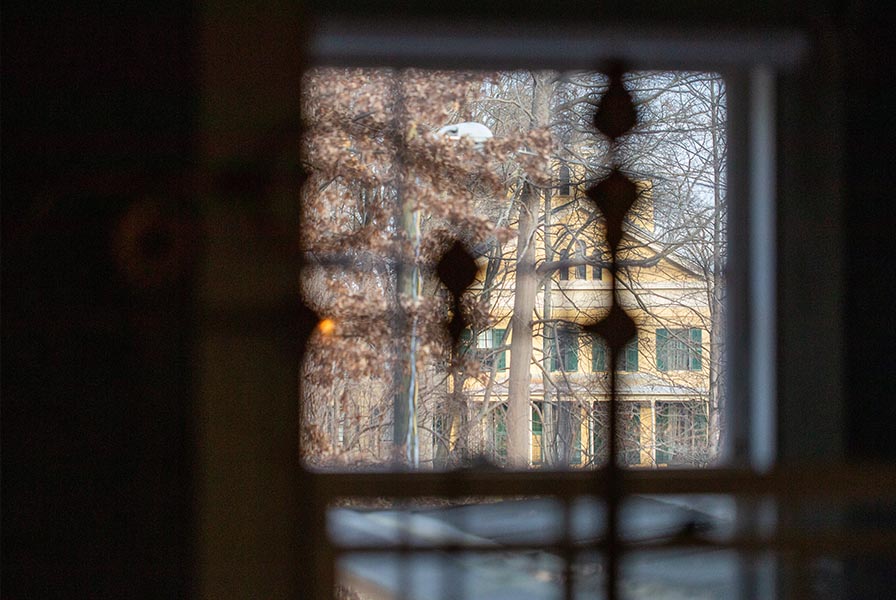