Two long-time employees of the Dickinson family include Margaret Maher and her brother-in-law Thomas Kelley (pictured here at top left). The Kelley family lived kitty-corner from the Homestead on a plot they purchased from Edward himself. Known in town as Kelley Square, this four-family house adjacent to the railroad also served as a boarding house for Irish immigrants. The burgeoning Irish community in Amherst influenced the daily lives of the Dickinsons, and surviving sheet music indicates that the poet herself played popular Irish tunes on the piano. Though Emily Dickinson’s correspondence in her early twenties held strong anti-immigrant and anti-Irish sentiments, her later relationships with Maher and the Kelleys may have shifted her perspective. At Dickinson’s funeral in 1886, six Irish workmen served as pallbearers at her request, among them Tom Kelley. 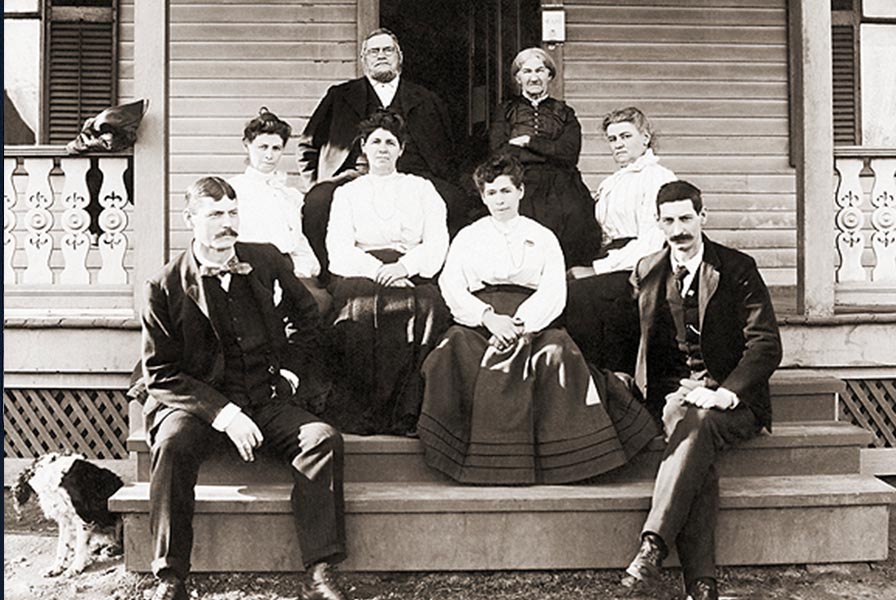