Only ten of Dickinson’s poems were published during her lifetime, and all anonymously. When The Springfield Republican published “A narrow Fellow in the Grass” in 1866 it was crammed between miscellaneous notices, advertisements, and an essay on “How to Use Chloroform”; perhaps this is why Dickinson called publication “the auction of the mind.” 19th-century editors heavily edited Dickinson’s poems by inventing titles and regularizing capitalization, punctuation, and rhyme. Dickinson frequently marked words with a small cross and placed alternative word choices in the margins. Modern publishers still face the challenge of choosing between these “variants.” 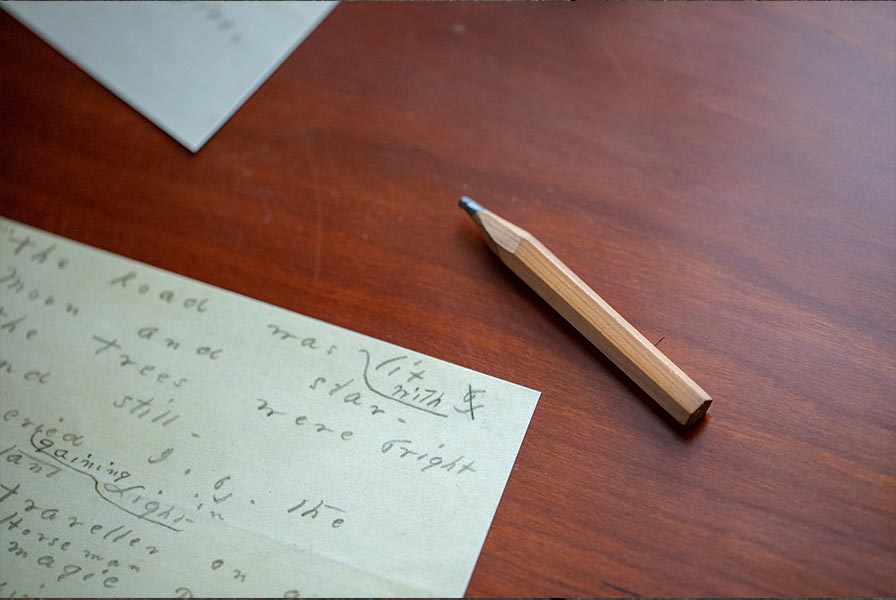