Memoirs of Little Boys that live—
“Weren’t you chasing Pussy,” said Vinnie to Gilbert?
“No—she was chasing herself”—
“But wasn’t she running pretty fast”? “Well, some slow and some fast” said the beguiling Villain—Pussy’s Nemesis quailed—
Talk of “hoary Reprobates”!
Your Urchin is more antique in wiles than the Egyptian Sphinx—

Susan and Austin had been married for almost twenty years when their third child, Thomas Gilbert (called “Gib”) was born; their eldest Ned was already fourteen and daughter Mattie, eight, by then. The whole family doted on the youngest Dickinson and Aunt Emily took special pleasure in Gib’s “wiles,” delighting in the boy’s creative antics, as evidenced by this poem sent to Susan when Gib was five. 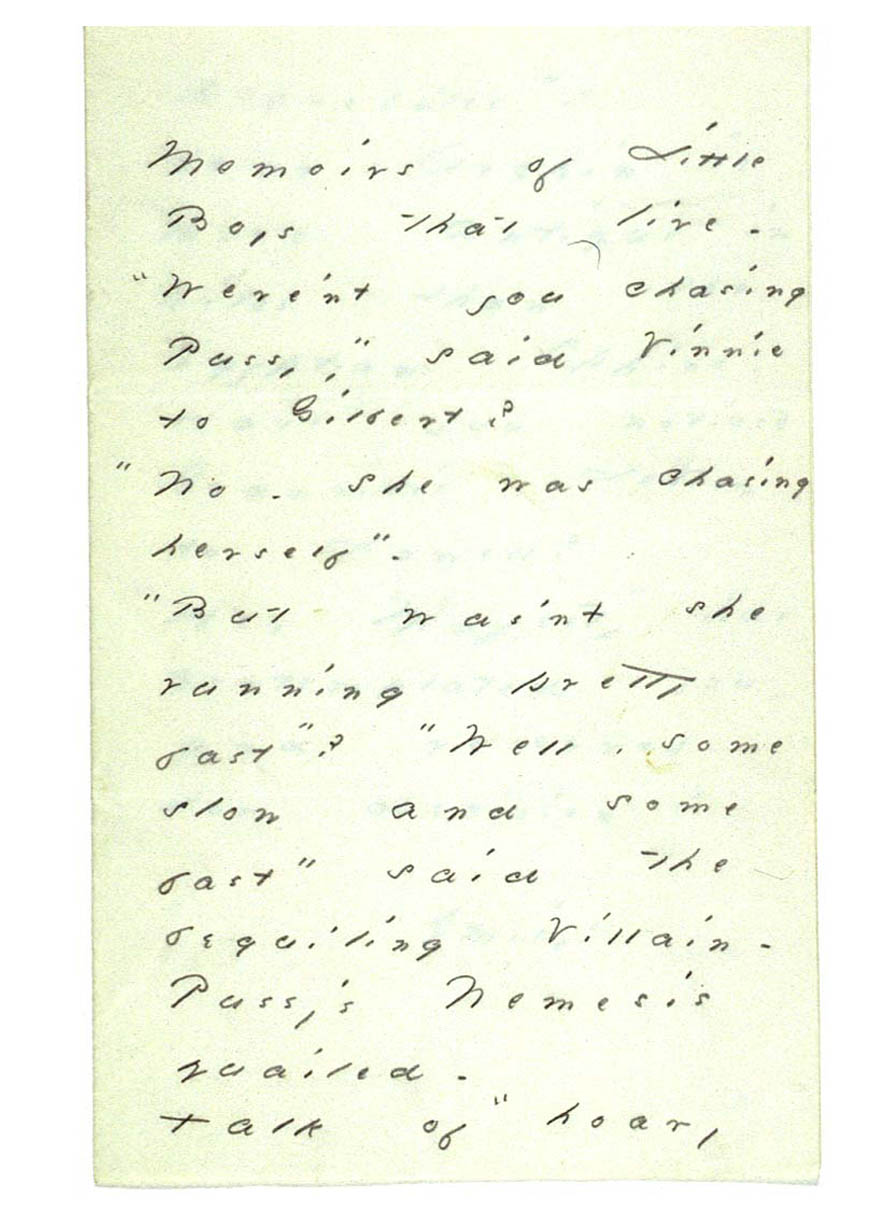