This typewriter belonged to Martha “Mattie” Dickinson Bianchi, the poet’s only niece and the last surviving Dickinson. When Mabel Loomis Todd ceased her work on Dickinson’s poems, a period of quiet ensued in the publication story. After the death of Lavinia and Susan Dickinson, Martha assumed a larger role in shaping her aunt’s legacy. Having inherited Dickinson manuscripts from both Lavinia and Susan, Martha published several books of her aunt’s poetry and letters, as well as reminiscences of her aunt. Incensed by publications about Dickinson that she judged inaccurate, Martha asserted her unique perspective as “the one person now living who saw [Emily Dickinson] face to face.” 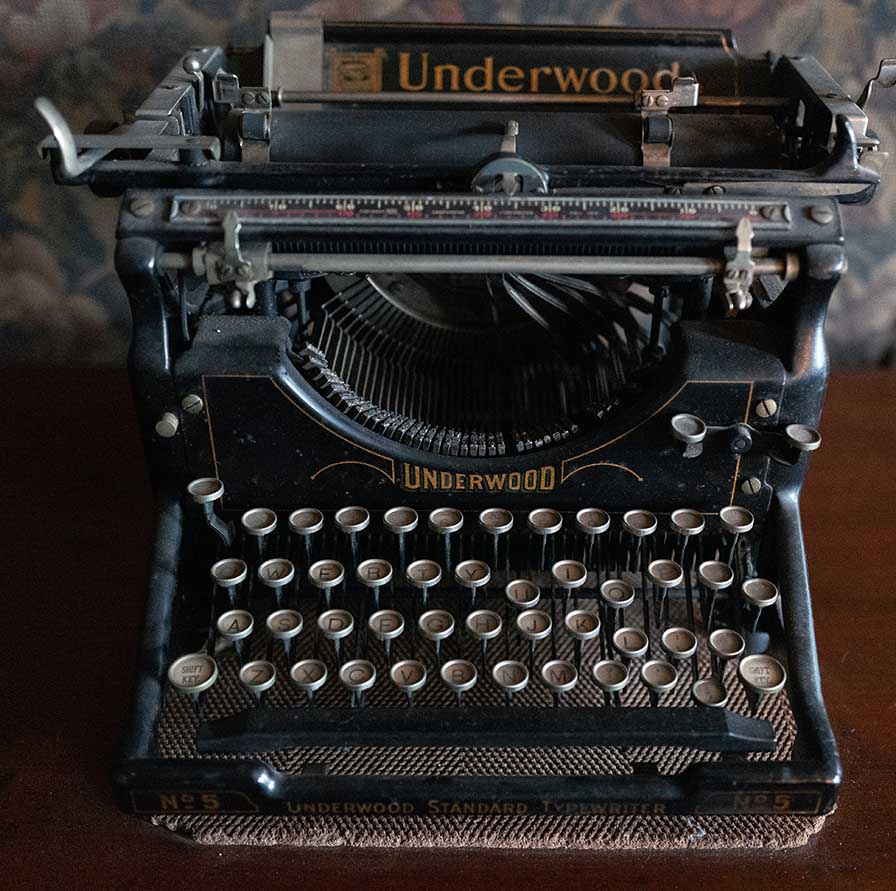