Dickinson never married but because her canon includes magnificent love poems, questions concerning her love life persist. The surviving drafts of three letters Dickinson addressed only to “Master” between 1858–61 express an intense love fraught with indecision and separation. Though there is no evidence to confirm that finished versions were ever sent, scholars have posited several intended recipients: Judge Otis Phillips Lord, friend of Edward Dickinson and suitor to the poet in later years; George Gould, Amherst College student who received a valentine from Dickinson and allegedly proposed in the 1850s; Rev. Charles Wadsworth, minister and long-time correspondent; and Susan Dickinson, who had married Austin just years before. Whatever the reality of Dickinson’s romantic experience, her poetry explores the complexities and passions of human relationships with evocative and compelling insight. 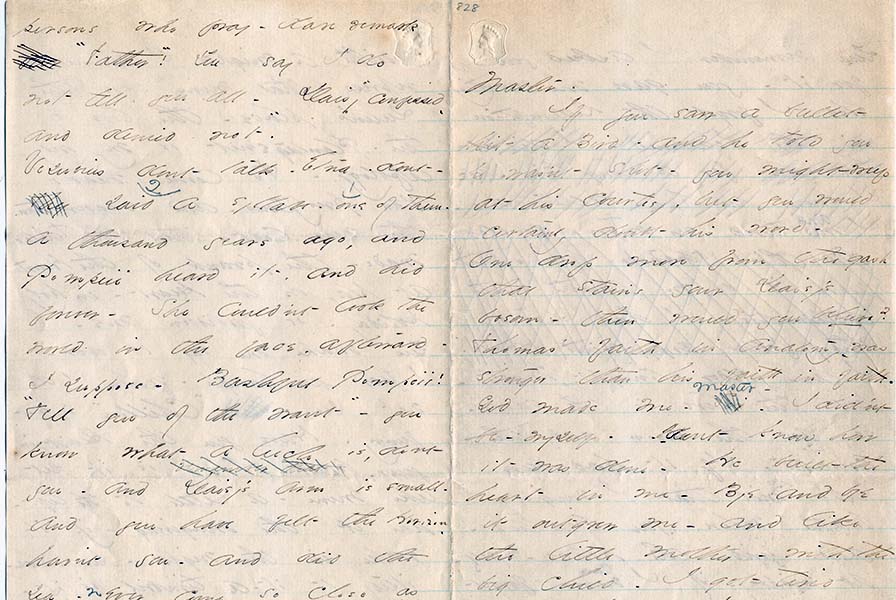