Emily Norcross Dickinson (1804–1882), the poet’s mother, is generally credited with instilling a love of gardening in her daughters. In an 1859 letter to a Norcross cousin, the poet wrote, “I was reared in the garden, you know” (L206). Mrs. Dickinson was known for her gardening skill. She received a commendation from a local paper in September, 1858: “We have received from Mrs. Edward Dickinson, a plate of delicious ripe figs. The great rarity of this fruit, in this latitude, renders the gift particularly acceptable at this time. . . . We take the opportunity to bestow a word upon the extreme beauty of the house and grounds of Mr. D. No one can pass his residence without being delighted with the great variety of the fruits and plants, by which his residence seems surrounded.” 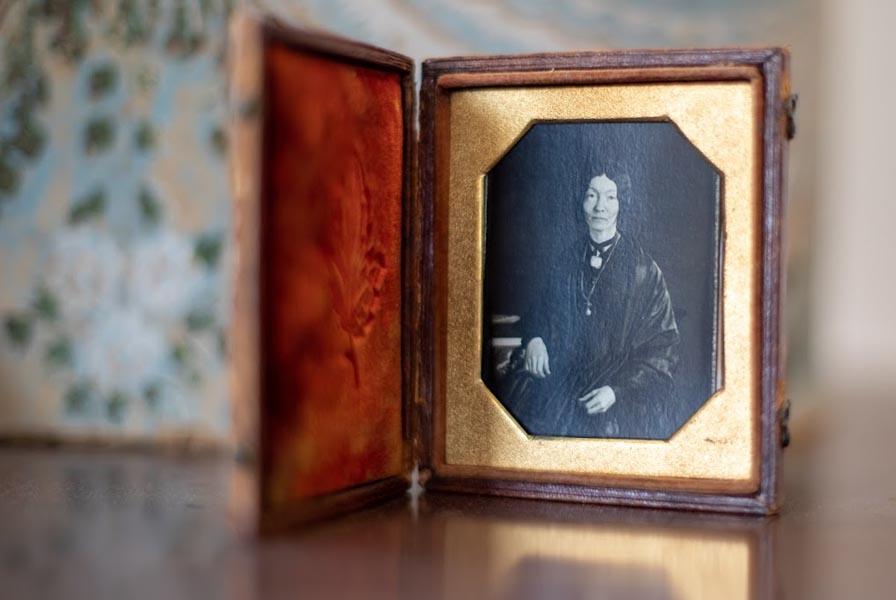