The young poet was an avid pianist attentive to the whole of 19th-century music—from hymns and classical pieces, to ballads, marches, jigs, and political tunes. She assembled a personal collection of sheet music, extant today in the collection of Harvard’s Houghton Library, that includes recognizable Celtic tunes such as “Auld Lang Syne” and “The Last Rose of Summer,” as well as American folk tunes like” Durang’s Hornpipe” and minstrel songs like “Old Dan Tucker.” Multiple accounts describe her skill at improvisation on the piano, including a piece she called “The Devil” that was a real crowd-pleaser. Dickinson’s musicality undoubtedly contributed later in life to her skill as a poet. 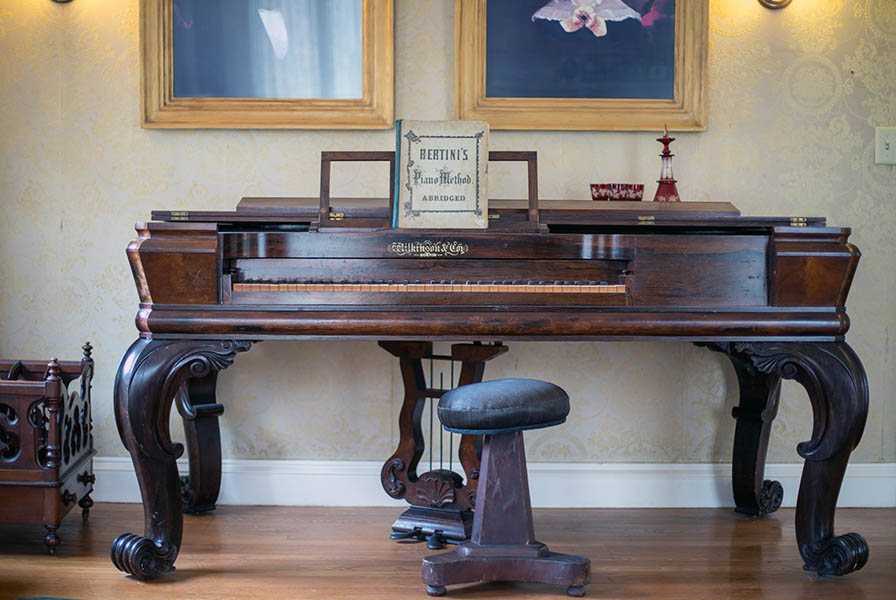