In 1882 Mabel Loomis Todd began visiting the Homestead, where her talent for piano and song enchanted the household. Mabel, the wife of a new Amherst College astronomy professor, had recently become a member of the social circle at The Evergreens next door. Emily Dickinson listened from upstairs to music played by the woman who would eventually become her first posthumous editor. The two corresponded with notes and small tokens, such as this painting of ghost flowers (‘indian pipes’) sent from Mabel, also an artist. Dickinson responded, “That without suspecting it you should send me the preferred flower of life, seems almost supernatural. . .” This image would ultimately grace the cover on the first volume of Dickinson’s poems, edited by Mabel Loomis Todd and Thomas Wentworth Higginson, in 1890. 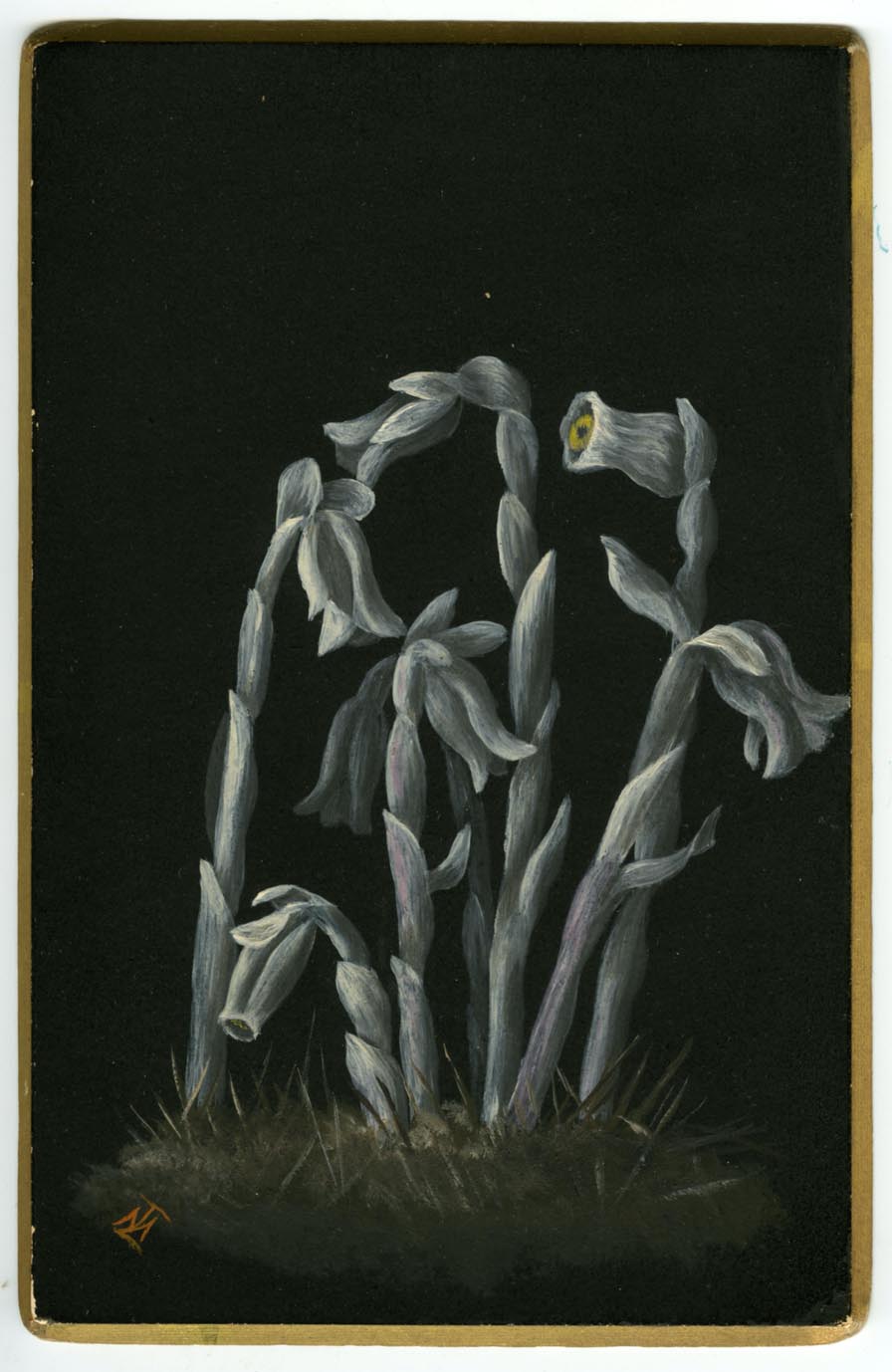 In gratitude for the painting of the ghost flowers, Dickinson later sent this brief note and a poem. She wrote: "I cannot make an Indian Pipe but please accept a Humming Bird." The enclosed poem conjures the image of a colorful hummingbird flitting from one blossom to another:

A Route of Evanescence
A Resonance of Emerald -
A Rush of Cochineal,
And every Blossom on the Bush
Adjusts its tumbled Head -
The Mail from Tunis probably,
An easy Morning's Ride -
(Fr 1489)