“I cannot tell you how we moved. I had rather not remember. I believe my ‘effects’ were brought in a bandbox, and the ‘deathless me,’ on foot, not so many moments after. … I am out with lanterns, looking for myself.”

When Dickinson was just three, her paternal grandparents moved to Ohio after having suffered financial problems in Amherst. The Homestead was sold out of the family, but the Dickinsons remained as tenants, sharing the house with the Mack family for seven more years. The crowded house and Edward’s growing political career called for new quarters, and when the poet was nine, they purchased a house on what is now North Pleasant Street in Amherst. Dickinson was fond of the Pleasant Street house, and so when Edward’s fortunes had become prosperous enough to restore the family to the Homestead in 1855, the move was disruptive to the poet. Nonetheless, this was the home that would ultimately shelter her as she embarked on her career as a poet until the end of her life in 1886. 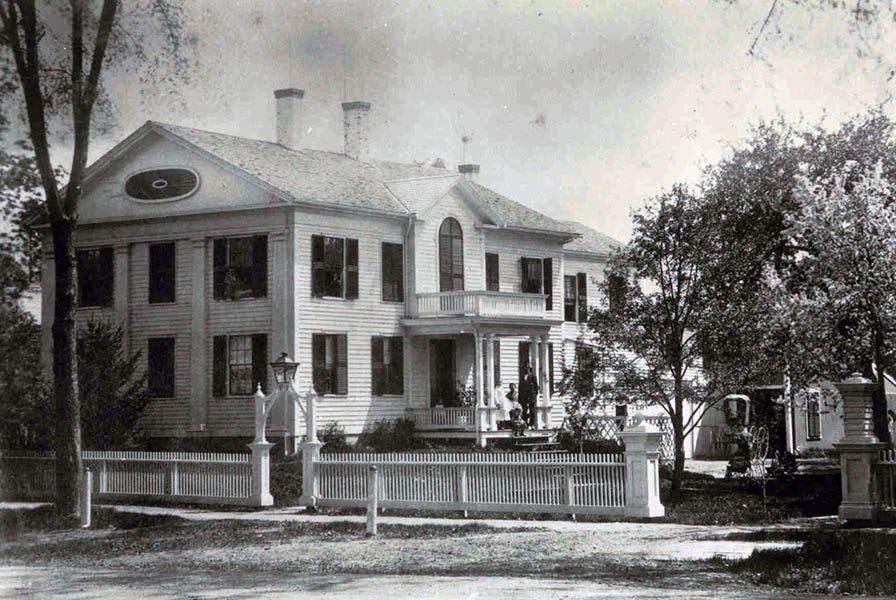 This 1856 lithograph shows the Homestead shortly after the family’s return. The 1813 Homestead was built in the popular Federal style, but by the mid-century required some fashionable updates including the cupola, front portico, and side piazzas of the new Italianate style. The Evergreens next door was built to embody this modern, romantic style, which was sweeping middle class consciousness by way of advice books in the years before the Civil War. 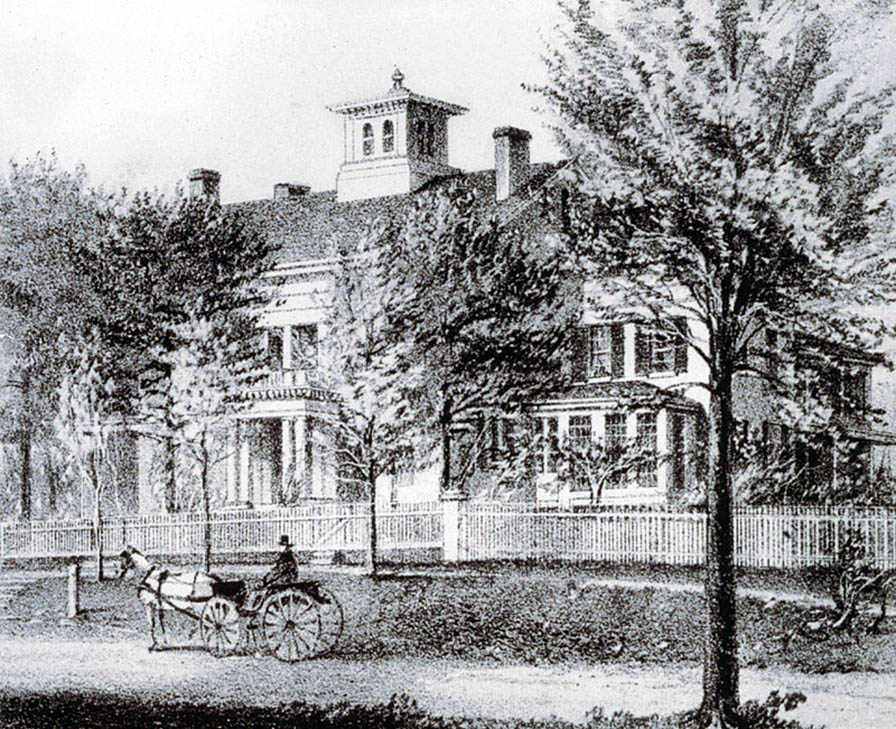