Dickinson’s voracious reading habits informed her writing skills and poetic imagination. She frequently referenced favorite authors, including the two whose portraits hung by her desk: Mary Ann Evans (pen name George Eliot), and Elizabeth Barrett Browning. Browning’s career and writing had an especially profound impact on Dickinson, who wrote three elegies on the British author following her 1861 death. After likely receiving a collection of Browning’s poetry from her friend Henry Emmons, Dickinson wrote:

I find it Friend – I read it – I stop to thank you for it, just as the world is still– I thank you for them all – the pearl, and then the onyx, and then the emerald stone… Please send me gems again – I have a flower. It looks like them, and for it’s bright resemblances, receive it. 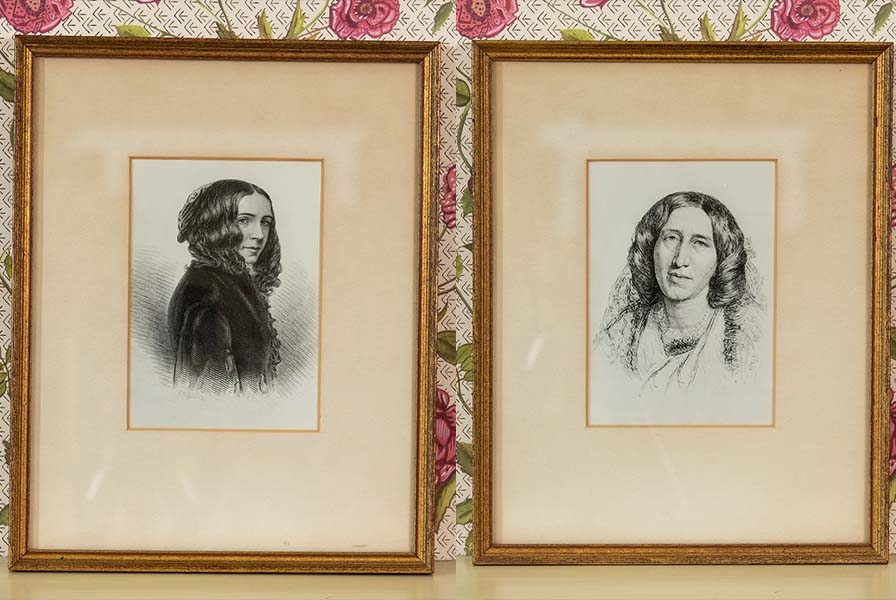