Periodicals like The Atlantic Monthly played a large role in Emily Dickinson’s reading life, and a source of connection in later years. The Atlantic Monthly, founded in 1857 in Boston by prominent writers, contained literature and essays on topics that moved society. In the April 1862 issue, Thomas Wentworth Higginson, a frequent writer for The Atlantic as well as The Springfield Republican, published “Letter to a Young Contributor,” in which he encouraged and advised aspiring writers. Within a month, he received a note from Emily Dickinson, a stranger, asking, “Are you too deeply occupied to say if my Verse is alive?” Dickinson included four poems with her note, thus beginning a relationship that lasted the rest of her life. 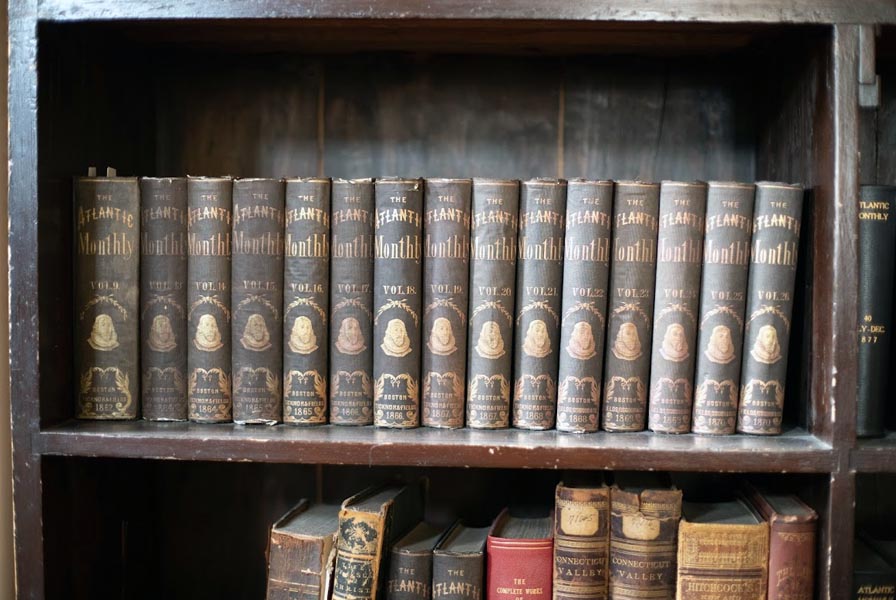