The Brontës: No Coward Souls

Emily Dickinson’s youth was the hey-day of the Romantic literary era, with male writers like Byron, Wordsworth, Longfellow, and Tennyson at the height of popularity. In 1848 the work of the Brontë sisters launched a new era of psychological fiction, much of it by women, which enchanted Dickinson. The poet read and particularly enjoyed Jane Eyre in 1849 after a friend loaned her a copy. The poetry of Emily Bronte strongly resonated with Dickinson as well, and she quoted this favorite, “No Coward Soul,” in letters to friends. The poem, which speaks of immortality, was read at Dickinson’s funeral. The opening lines blaze forth, “No coward soul is mine/ No trembler in the world’s storm-troubled sphere/ I see Heaven’s glories shine/ And Faith shines equal arming me from Fear.” 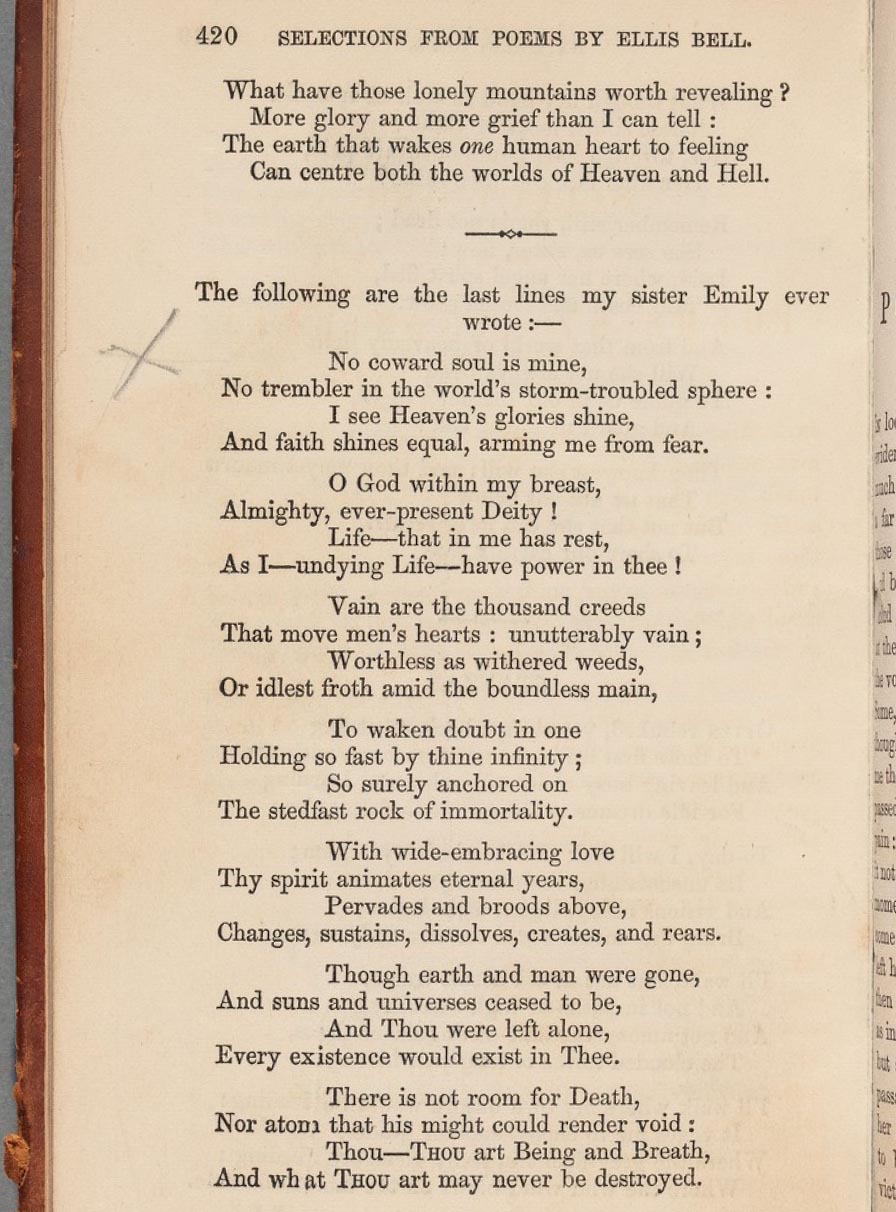