In this photograph of Gib, which stands in a frame on the poet’s bedroom chest of draws, he sports a velvet suit, lace collar, and long hair. His outfit exemplifies a popular style for young boys—nicknamed a “Fauntleroy suit” after Frances Hodgson Burnett’s book, Little Lord Fauntleroy. Published in 1886, this book’s illustrations of the title character made this look increasingly popular in the 1880’s and 90’s. Burnett herself visited The Evergreens in 1880, and was at that time already dressing her own sons in the style—a fact that may have influenced Susan to dress Gilbert similarly for this photograph taken the following year in 1881. 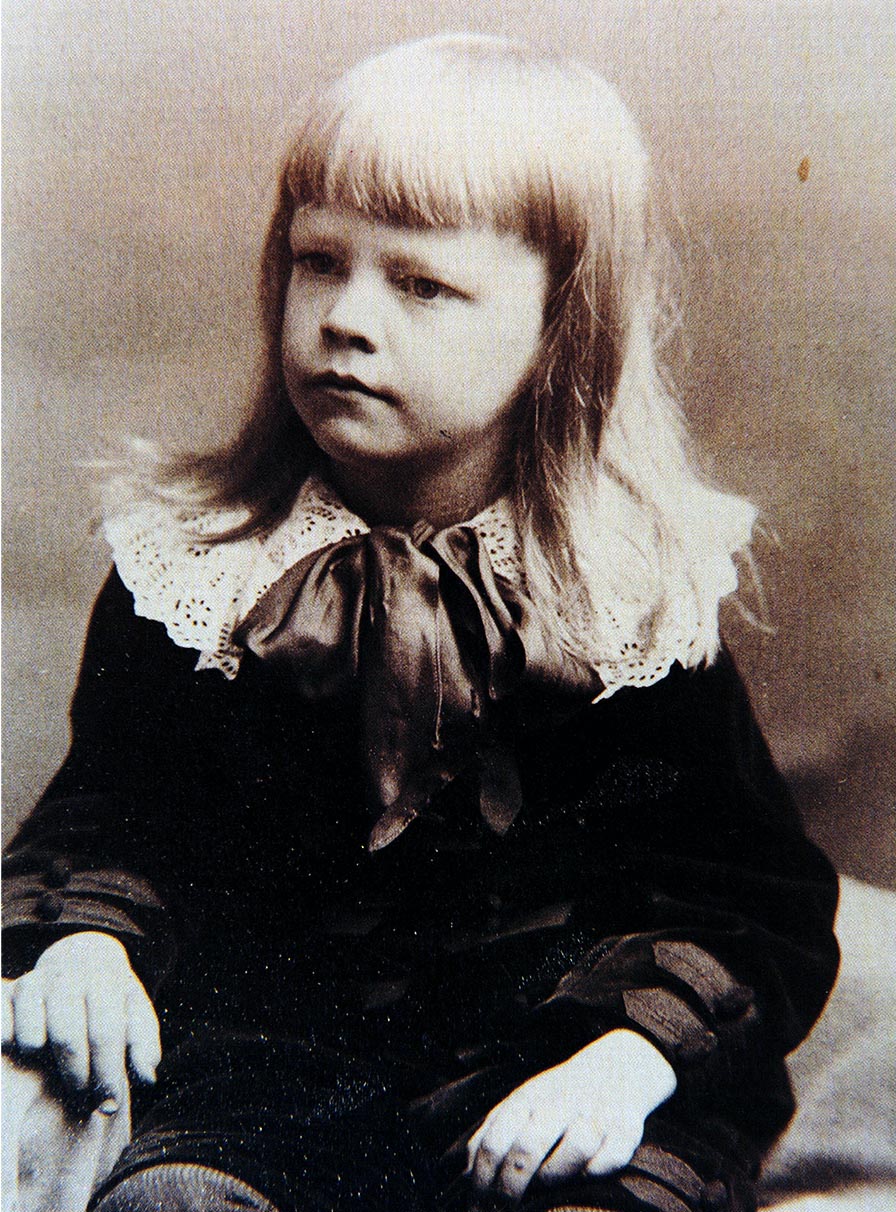 The same suit worn by Gib in this photograph is laid out on the bed of the nursery today, along with his matching shoes. In person, it reveals itself to be a rich blue velvet, with silk lining and immaculate military-style trim. The suit remains one of the most poignant artifacts in the Museum’s collection, having been lovingly preserved first by the family and its heirs. 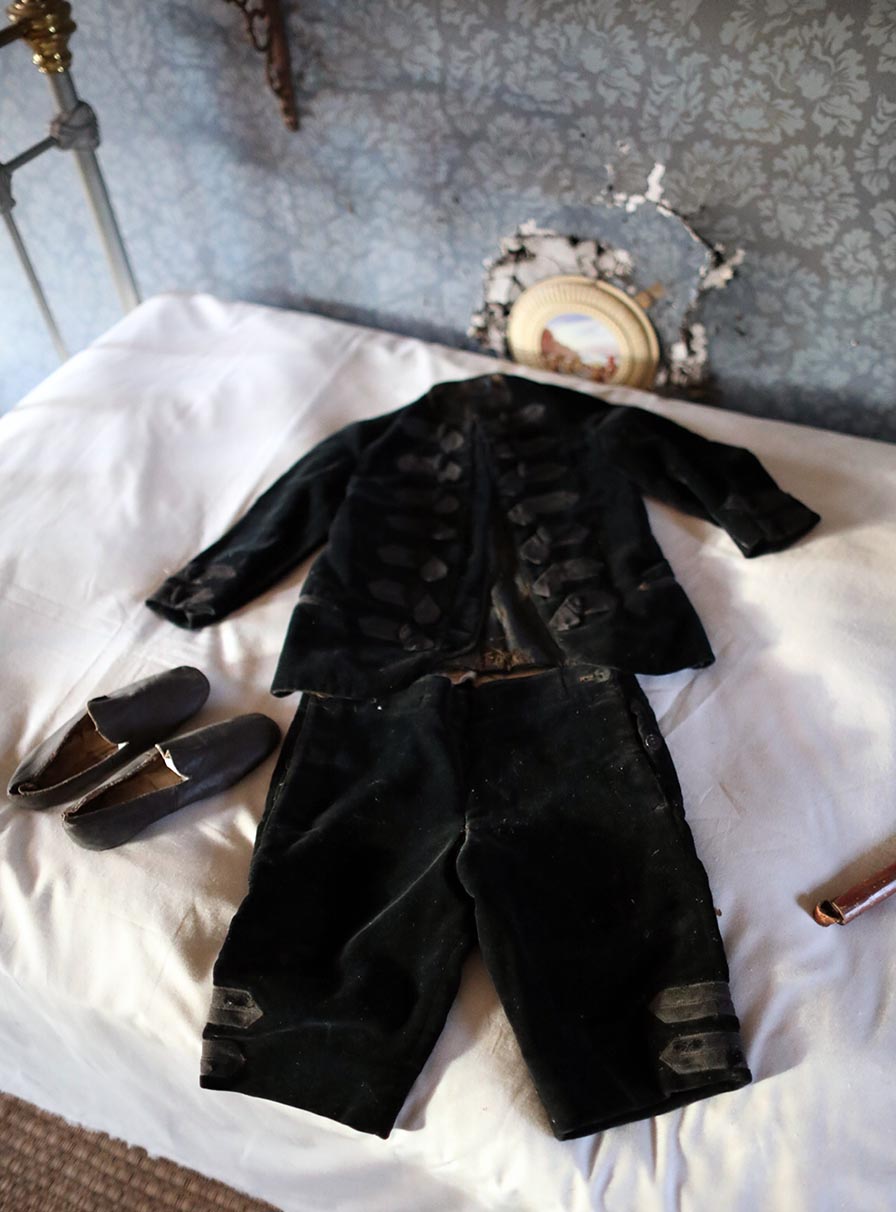