This image shows three of the four women most responsible for the posthumous publication of Dickinson’s poems. Mabel Loomis Todd (standing at center in white), Susan Dickinson (seated to her right with son Gib on her lap), and a young Martha Dickinson Bianchi (seated to her mother’s right). The photograph of The Evergreens Dickinsons and their friends commemorates a picnic taken by the self-proclaimed “Shutesbury School of Philosophy.” All three women shared space in both the parlor of The Evergreens and in Dickinson’s life: Susan, the poet’s closest confidante and earliest advocate, as hostess; Martha, niece and posthumous editor and biographer, as hostess’ daughter; and Mabel, correspondent, first as honored guest and ultimately as interloper after her love affair with Austin began. In the end, it was Mabel who would ultimately transcribe, edit, and publish the first editions of Dickinson’s poems at Lavinia Dickinson’s insistence. 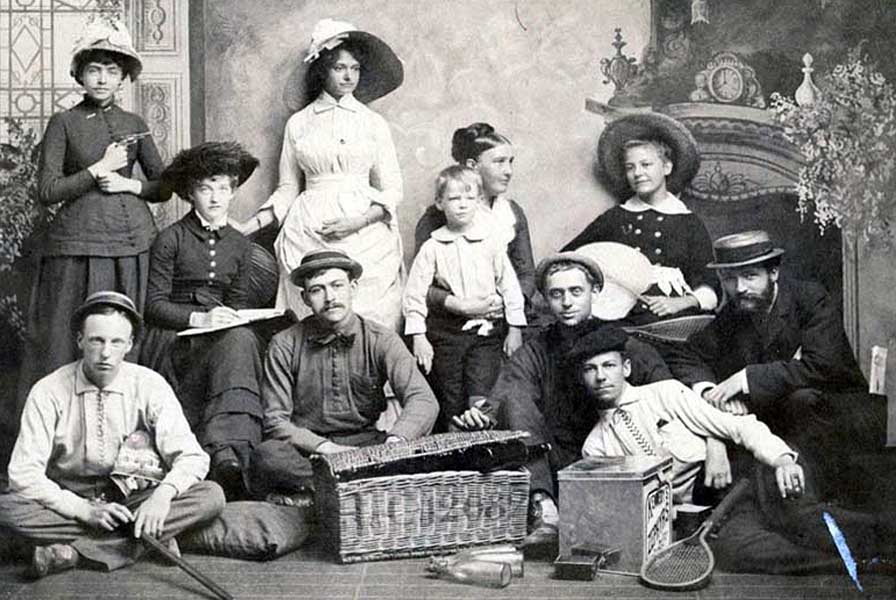