“What a home you & I shall make, Sue—Did anyone else ever dream of such a home?”—Austin Dickinson to Susan Gilbert (before their marriage). The Evergreens was built for Austin and Susan Dickinson upon their marriage in 1856. Designed by well-known Northampton architect William Fenno Pratt, the house is one of the earliest and best-preserved examples of Italianate domestic architecture in Amherst. Under Susan’s direction, the house quickly became a center of the town’s social and cultural life, and reflected the wide-ranging aesthetic and intellectual interests of the entire family.

Austin Dickinson to Susan Gilbert, in My Wars are Laid Away in Books by Alfred Habegger (New York: Random House, 2001), 340. 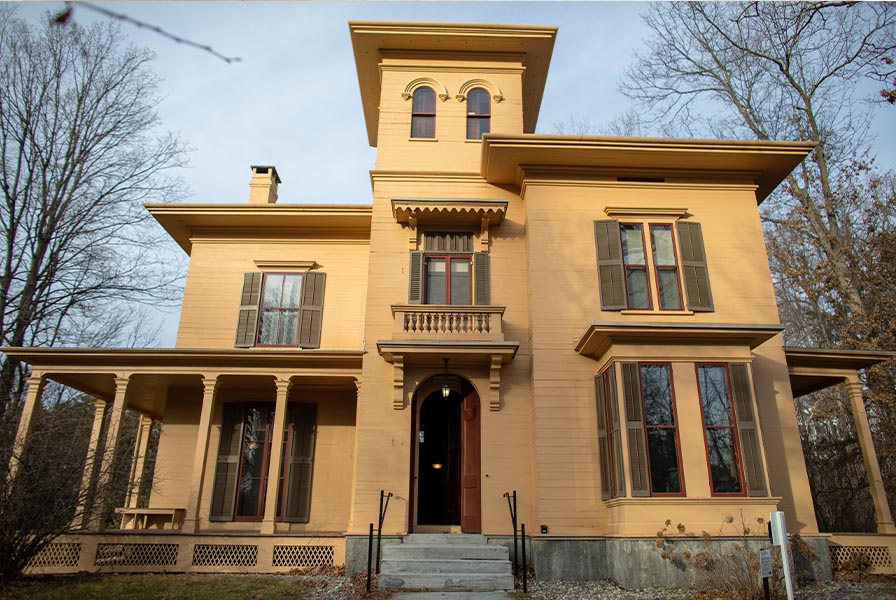