“Helen of Troy will die, but Helen of Colorado, never” 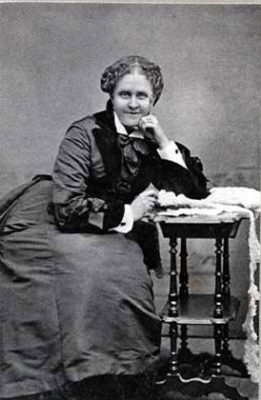 Helen Hunt Jackson, a popular American poet, novelist, short story writer, essayist was—like Dickinson—a daughter of Amherst. She was born on October 14, 1830, two months before Emily Dickinson, but it was not until later in life that she formed a friendship with the poet.

The accidental death of Jackson’s first husband, Edward Hunt, in 1863, along with the deaths of both of her children may have propelled her toward writing as a way of dealing with grief. From the mid-1860s, she focused on establishing herself as a writer and avidly sought publication. In 1875 she married her second husband, William S. Jackson, and the couple settled in Colorado, making occasional trips back to New England.

Jackson was re-introduced to Emily Dickinson through editor Thomas Wentworth Higginson, who acted as a mentor to both women. Jackson visited the poet on two occasions, first in 1876 and two years later in 1878. During one of those visits, Jackson tried to persuade Dickinson to submit her poem, “Success is counted sweetest” (Fr112), to an upcoming volume of anonymous poetry, A Masque of Poets, published by Roberts Brothers of Boston. Dickinson’s poem did eventually appear in the book, although it is unclear whether the poet actually submitted it or if Jackson sent it without the poet’s explicit consent.

Jackson did not understand Dickinson’s reluctance to publish since, she argued, the poet had such remarkable verse to share. Writing out of frustration in 1884, she told Dickinson, “It is cruel and wrong to your ‘day & generation’ that you will not give them light…I do not think we have a right to withhold from the world a word or a thought any more than a deed, which might help a single soul” (L937a). Jackson even offered to be Dickinson’s literary executor, but Jackson died before the poet did, making such a possibility—if Dickinson had even wished to accept it–moot.

Toward the end of her career, Helen Hunt Jackson became a passionate advocate for the rights of Native American people. Her political commitment inspired a critique of U.S. policy, A Century of Dishonor (1881) and her most famous work, the novel Ramona (1883-1884). Even from her death bed Jackson continued to work politically and wrote to President Grover Cleveland with a plea that he might redress “the wrongs of the Indian race” (Phillips, p. 272).

Jackson died in 1885, a year before the poet, after a bad fall and complications from cancer. In a sympathy letter to the writer’s husband, Dickinson remembered her last written exchange with the indefatigable Jackson. “Dear friend, can you walk, were the last words that I wrote her. I can fly—her immortal (soaring) reply” (L1015).