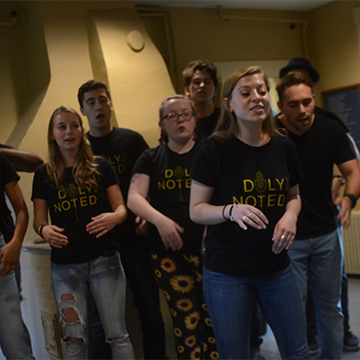 Monthly Amherst Arts Night Plus at the Emily Dickinson Museum celebrates contemporary art and poetry in our historic setting. From 5:00 – 8:00 p.m., view the pop-up, contemporary art exhibition in the Homestead by our monthly featured artist. Poets, writers, and performers of any kind are welcome to share work at our open mic, which begins at 6:00 p.m. Stay after the open mic for the featured reader of the month. Open mic sign-ups are between 5:00 and 6:00 p.m.. This program is free and open to the public. 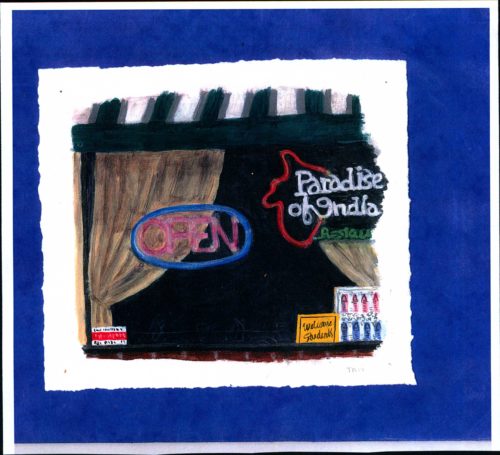 Now settled in Amherst MA, Tasha Robbins is a painter who has lived and worked in New York, Provincetown, Boston, Boulder, Santa Fe, San Francisco and New Orleans. Her Portrait of George Scrivani with a Photo of Vali Myers and Gregory Corso by Ira Cohen (2001) appeared in the exhibition “Poetry and Its Arts” at the California Historical Society in San Francisco in 2005. Portions of An Angel Alphabet/Malachim: Coming Out of Darkness (1988-98) have been shown
at Berkeley’s Judah Magnes Museum (“Personal Landscapes/Universal Visions”, 1990) and in Philadelphia at the Borowsky Gallery @ the Gershman Y/University of the Arts (“The Hidden Garden: Three Artists Explore Kabbalah”, 2005). The series was shown in its entirety for the first time at the Hampden Gallery at UMass Amherst in 2019. From the Aspect of Mercy (2000-03), a triptych regarding the Quan Yin, has hung in the Florence Biennale (2003); at the Aurora Gallery in the artist’s native Worcester, MA (“Psyche”, 2004); and at the Goldmine Saloon, home of New Orleans’ 17 Poets! and Festivals for the
Imagination (2004).
Her work has been reproduced in small press books and magazines (including Jeanne Lance’s
Loose Arrangements [Smithereens Press, 1984], Aaron Shurin’s Elsewhere [Acts Books, 1988]
and Codex [Meow Press, 1997]; FRAMMIS: A Tribute to Wallace Berman, MAG CITY, Gallery
Works, tripwire, YAWP, and others), and can be seen on the web at www.salonfoxy.com .
A 2014 Acker Award recipient, she appears in The Outlaw Bible of American Art (Last Gasp
Press, 2016). For more information visit www.salonfoxy.com/artists/tasha-robbins