Join us at the Emily Dickinson Museum during Amherst Arts Night Plus on October 3, 2019 for our monthly open mic and pop-up contemporary art exhibit! Poets, writers, performers, and art appreciators of all kinds are welcome! Come early to view the art exhibition in the Homestead by our featured artist. The open mic begins at 6:00 p.m. and will be followed by this month’s featured reader. Those who would like to share their work during the open mic should arrive between 5:00 and 6:00 p.m. to sign up.

Views expressed by poets, artists and open mic participants are their own and not the Emily Dickinson Museum’s. Arts Night programming may contain sensitive material. 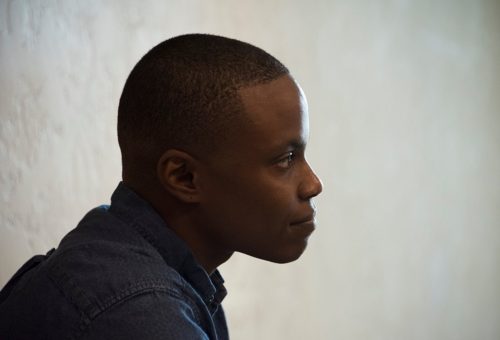 Cameron Awkward-Rich is the author of Sympathetic Little Monster (Ricochet Editions, 2016), which was a finalist for a Lambda Literary Award, and Dispatch (Persea Books, 2019). A black/trans poet and critic, his work can be found in American Poetry Review, The Baffler, Narrative, Signs, American Quarterly, and elsewhere.

Cameron is a Cave Canem fellow, a poetry editor for Muzzle Magazine, and an assistant professor of Women, Gender, Sexuality Studies at the University of Massachusetts Amherst.

Chrissy Howland was born in Baltimore, Maryland and received her BFA from the Maryland Institute College of Art in 2012.  She has held solo and group exhibitions in Paris, Italy, and Maryland.  Howland seeks to recreate the archetype of the female artist/academic/intellectual as a positive icon without a major association to neurosis, mental illness, and romantic love. She seeks to reinterpret the autobiographical narrative and present a new position for these women within the pop culture canon. Her work aims to dismantle the notion of romanticized pain and female hysteria while creating and maintaining an elevated position and renewed reputation for female artists as women who are powerful, creative, and influential.

The Jazz Mesmerizers will perform at 5:30 p.m.

Tom Williams, guitar. Tom is a multi-instrumentalist who holds a degree in Jazz Studies from the University of Arizona. Upon graduation, he furthered his studies at the Frank Rumoro Jazz Guitar Academy in Chicago. He has played in jazz, rock, and country music ensembles for the past thirty-five years. Tom also gives private music lessons for guitar, piano, bass (upright and electric), ukulele, and voice.
Pete Sikowitz, bass.  Pete started playing bass violin and Fender bass at age fourteen. While attending Hampshire College, he connected with a group of jazz musicians where he became entranced by the music of such artists as John Coltrane, Thelonious Monk, and Miles Davis. After taking a hiatus from music to pursue a New York publishing career, Pete returned to the Pioneer Valley in 2016 to focus on music full time. He also plays guitar and lap steel guitar in Flathead Rodeo, Western New England’s foremost rockabilly/roots band, where he slips extended chords in where he can.
Posted in Past Events and tagged arts night plus.