“Dear friend, A Letter always feels to me like immortality because it is the mind alone without corporeal friend.” 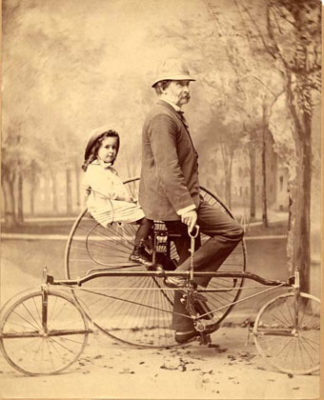 Thomas Wentworth Higginson, co-editor of the first two collections of Emily Dickinson’s poems, was a man of astonishingly varied talents and accomplishments. A lifelong radical, he was an outspoken abolitionist, advocate of women’s rights, and founder of the Intercollegiate Socialist Society. During the Civil War, he served as commander of the first Union regiment of freed African American soldiers. An ordained Unitarian minister, Higginson was also a prolific writer; his most highly regarded work was a memoir of his war years, Army Life in a Black Regiment.

Thomas Wentworth Higginson was born in Cambridge in 1823 into a distinguished family whose ancestors trace back to the Massachusetts Bay Colony. He attended Harvard College and graduated from the Harvard Divinity School. Before the Civil War, Higginson served as a minister at several Unitarian churches and was involved in a number of radical political causes and activities, including active support of John Brown as well as membership in the Free Soil party.

Higginson had a long association with the Atlantic Monthly, contributing a number of articles, essays and poems. In the April 1862 issue, he published “Letter to a Young Contributor,” in which he encouraged and advised aspiring writers. Within a month, he received a note from Emily Dickinson, then 31 years old, along with four poems, thus beginning a relationship that was to last until the poet’s death in 1886.

Although he did not actively urge Emily Dickinson to publish during her lifetime, Higginson became, in Dickinson’s own term, her “Preceptor.” Written communication between the two continued after their first letter; about 70 letters from their correspondence survive, along with about 100 poems. Higginson also visited the poet twice and attended her funeral in the spring of 1886, reading a poem by Emily Brontë, “No Coward Soul Is Mine.”

After Dickinson’s death, Higginson assisted Mabel Loomis Todd in editing her poems, lending his considerable literary influence to the eventual publication by Roberts Brothers, Boston, of a first series in 1890 and a second the following year. Both volumes were well received by critics and the public.

Higginson published more than 500 essays and 35 books during his long life. He was active into the twentieth century, producing memoirs, novels, political tracts, and biographies. He died in Cambridge, Massachusetts, in 1911, survived by his second wife, Mary Thacher Higginson, and two daughters.

The influence of Thomas Wentworth Higginson as a liberal thinker and activist remains historically significant, and several of his books are in print. However, it is Higginson’s relationship with Emily Dickinson, as correspondent, advisor and editor, for which he is best remembered.