Baker won the Pulitzer Prize for her play The Flick, while George was nominated for The (curious case of the) Watson Intelligence. Both were raised in Amherst and are graduates of Amherst Regional High School. The conversation, moderated by Amherst educator and Emily Dickinson Museum Board of Governors member Wendy Kohler, will focus on their ties to Amherst and its influence on their work, the role of place in writing, issues of identity, and, of course, the influence of Emily Dickinson as the most famous literary figure to come from their hometown. 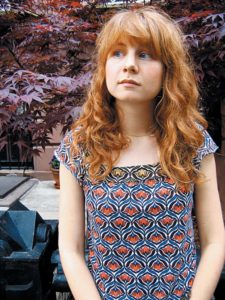 Her plays have been produced at over 150 theaters throughout the U.S., and have been produced internationally in over a dozen countries. Other recent honors include a Guggenheim Fellowship, New York Drama Critics Circle Award, Lilly Award, and Time Warner Storytelling Fellowship. A published anthology of her work, The Vermont Plays, is available from TCG. 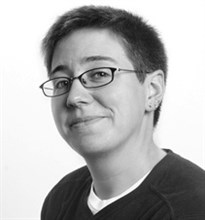 Madeleine has been a Princess Grace Playwriting Fellow, a MacDowell Fellow, and a two-time writer-in-residence at Hedgebrook. She is also the author of two novels for young adults, was a founding member of the Obie-Award-winning playwrights’ collective 13P (Thirteen Playwrights, Inc.), and for seven years served as director of the Bard College satellite campus at Bayview Correctional Facility in Manhattan.