THE EMILY DICKINSON MUSEUM RECEIVES $600,000 COMMITMENT FOR RECONSTRUCTION OF THE EVERGREENS CARRIAGE HOUSE 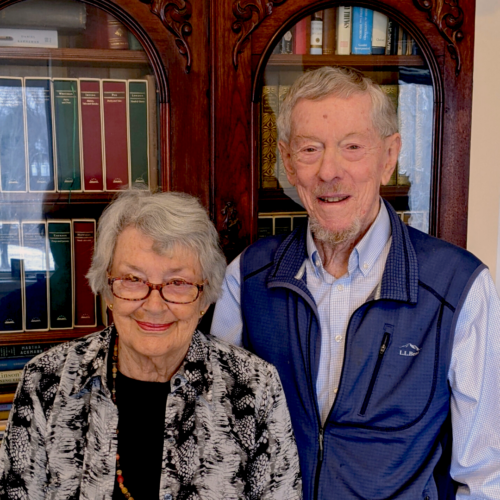 We invite you to join us by responding to the Armstrongs’ challenge to be part of the Twice as Bold initiative by making a gift to the Museum before June 30 in support of its program and core mission, in celebration of the 20th Anniversary, and in honor of Emily Dickinson and her enduring relevance.

(AMHERST, Mass., February 9, 2022) – The Emily Dickinson Museum today announced a major pledge of $600,000 from former Board members and long-time friends John and Elizabeth Armstrong for the design and reconstruction of the Carriage House that once stood to the east of The Evergreens, the home of Emily Dickinson’s brother Austin and his wife Susan. The project flows from a recently-completed long range plan, which maps programmatic and capital enhancements over the next decade at the Museum’s historic downtown Amherst location. By significantly expanding access to the Museum and its programs for both onsite and online visitors, the changes firmly establish the Museum as the premier center for the study and celebration of Dickinson’s life and work, and as a source and site of inspiration for new generations of poets, artists, writers, and thinkers.

The Armstrongs’ commitment is the largest received to date in the effort to raise $3.5 million in operating, program, and capital support by the end of the Museum’s 20th Anniversary festivities, which kick off next year and run through the summer of 2024. The initiative, called Twice as Bold after one of Dickinson’s poems, aims to raise awareness and support for the Museum at a pivotal time in its history. Gifts from other Museum stakeholders will be sought to meet and amplify the Armstrongs’ generous start. “Elizabeth and I are delighted to be able to pledge our support to this important project,” states John Armstrong, “Emily Dickinson’s poetry and the place she called home have proven themselves to be enduring gifts to the world. It is both our pleasure and responsibility to give back, and to invite others at every level to join us.”

The reconstructed Evergreens Carriage House–scheduled for completion in early 2024–will initially serve as a much-needed site for visitor welcome, orientation, and services while a third and final phase of Dickinson Homestead restoration concludes. In the longer term, the Carriage House will be dedicated to student and visitor learning and engagement. Initial design plans call for reconstructing the historic appearance of the exterior of the Carriage House as faithfully as possible while optimizing interior functions and flow. In addition to this and the Homestead projects, the Museum’s plans include restoration of The Evergreens and the surrounding landscape and gardens, as well as significant enhancements to the Museum’s public and educational program offerings, in which tens of thousands of virtual visitors from around the world have participated during the pandemic.

“It is fitting that John and Elizabeth Armstrong have started us off with this truly inspiring challenge gift,” stated the Museum’s Executive Director, Jane Wald, “Their unwavering dedication before the Museum’s formal beginning twenty years ago has been a catalyst for the exponential impact the Emily Dickinson Museum can have as the true and generative center of the life and work of one of this country’s greatest poets. They are ever and always willing to lead by example.” 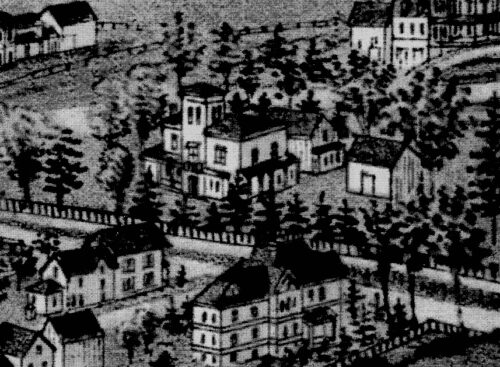 Added Wald, “In addition to providing innovatively designed program space, the Carriage House will serve as a clear signal that the Museum is pivoting in important ways toward the public, is expanding Emily Dickinson’s outreach to the world from her home ground, and is committed to welcoming new Dickinson enthusiasts and tourists to Amherst.”

The Armstrongs chose Amherst as their new home in 1995 after John’s retirement from IBM, where he served for 30 years and was a vice president for science and technology and director of research. Their involvement with the Museum began when Elizabeth (Lise to family and friends) volunteered her time and talent as a seasonal guide at The Evergreens. Both John and Elizabeth served as founding members of the Board of Governors when the Homestead and Evergreens properties merged to form the Museum in 2003. They have continued to be involved in the Museum’s leadership, with John serving as Board Chair from 2013 to 2015, and Elizabeth a long-time and valued member of the Development Committee.

“We’ve always been proud of our association with the Museum, recognizing its importance to our regional community and now–through the wonders of technology–to the world.” stated Elizabeth, adding “We’ve been drawn over the years to supporting singular projects that open multiple possibilities for the Museum. The Carriage House is just such a project…clearing the way for other campus improvements and for enriching the visitor experience.”

The Museum is currently closed to the public while it completes the second phase of a three-part restoration project at the Homestead. Its much-anticipated reopening later this year will mark the start of the Museum’s 20th Anniversary celebration.

For more information about the Museum’s plans and fundraising effort, visit https://www.emilydickinsonmuseum.org/twiceasbold/

The Emily Dickinson Museum is dedicated to sparking the imagination by amplifying Emily Dickinson’s revolutionary poetic voice from the place she called home.

The Museum comprises two historic houses—the Dickinson Homestead and The Evergreens—in the center of Amherst, Massachusetts, that were home to the poet (1830-1886) and members of her immediate family during the nineteenth and early twentieth centuries. The Museum was created in 2003 when the two houses merged under the ownership and 501(c)(3) status of the Trustees of Amherst College. The Museum is overseen by a separate Board of Governors and is responsible for raising its own operating, program, and capital funds.

The Emily Dickinson Museum is a member of Museums10, a collaboration of ten museums linked to the Five Colleges in the Pioneer Valley—Amherst, Hampshire, Mount Holyoke, and Smith Colleges, and the University of Massachusetts Amherst.