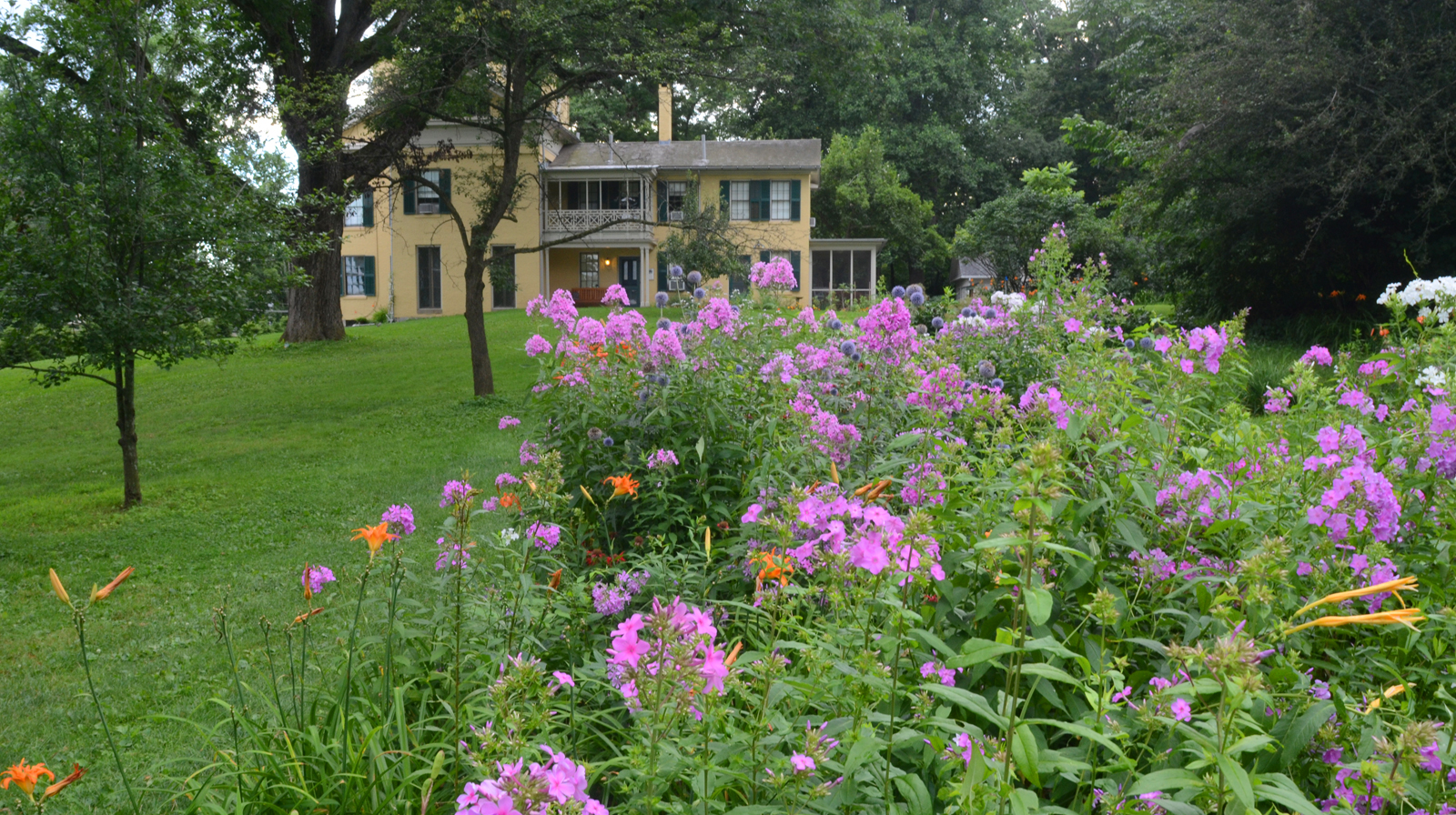 Emily Dickinson loved and admired the natural world. At the Homestead, where she lived for all but fifteen years of her life, the poet was engrossed by “the far theatricals of day” that she observed throughout her father’s fourteen acres. These observations were a rich source for her verse. While a student at Amherst Academy, Dickinson studied botany and compiled an herbarium, a “scrapbook” of plant specimens. As an adult, she cared for exotic plants in a conservatory that was added to the Homestead in 1855.

Emily Dickinson came from a family of nature lovers. Her mother, Emily Norcross, was an avid gardener who passed on her skills to her daughters, Emily and Lavinia. The poet’s brother Austin shared her extensive knowledge of and delight in the natural world. While a student at Amherst College, Austin’s life-long interest in landscape design was sparked by the lectures of Edward Hitchcock about the careful landscaping of European cities and towns. As Treasurer of Amherst College (1873-1895), Austin Dickinson took particular pleasure in landscaping of the College grounds, cultivating at the same time a close relationship with prominent landscape architects Frederick Law Olmsted and Calvert Vaux. He later led the effort to drain and beautify the town common, and spearheaded the drive to form a new style of park-like cemetery in Amherst after the fashion of Mt. Auburn Cemetery in Cambridge. 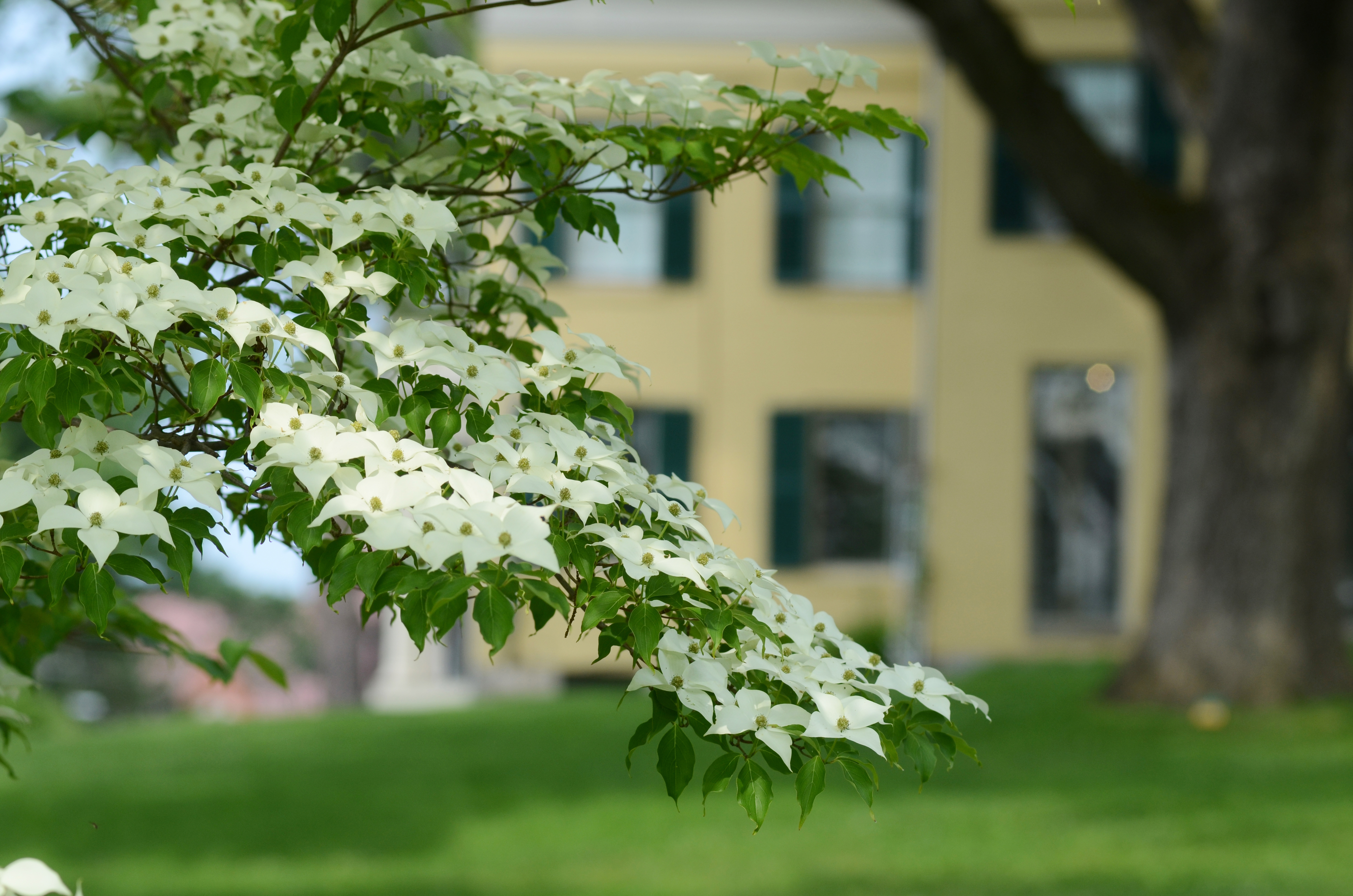 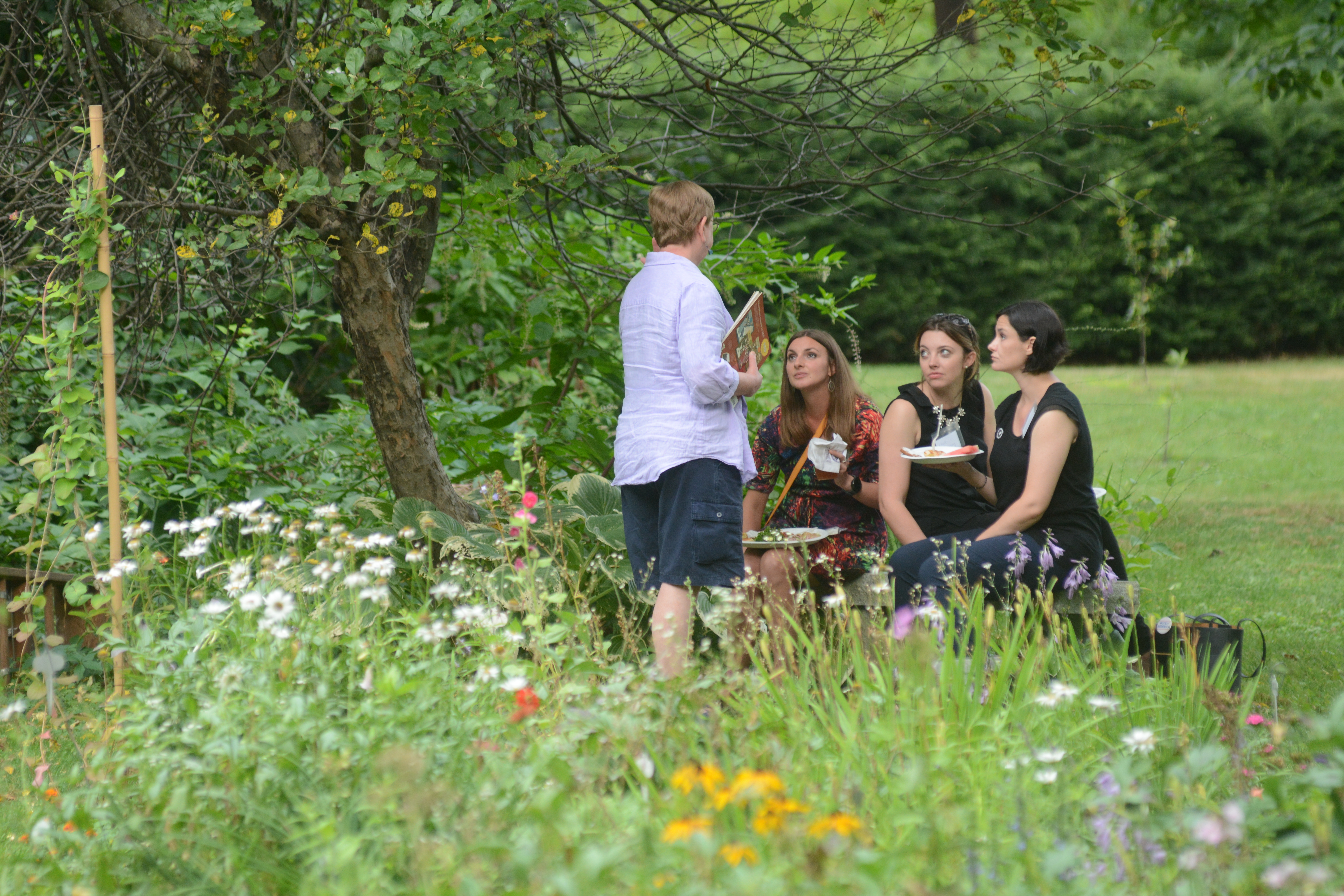 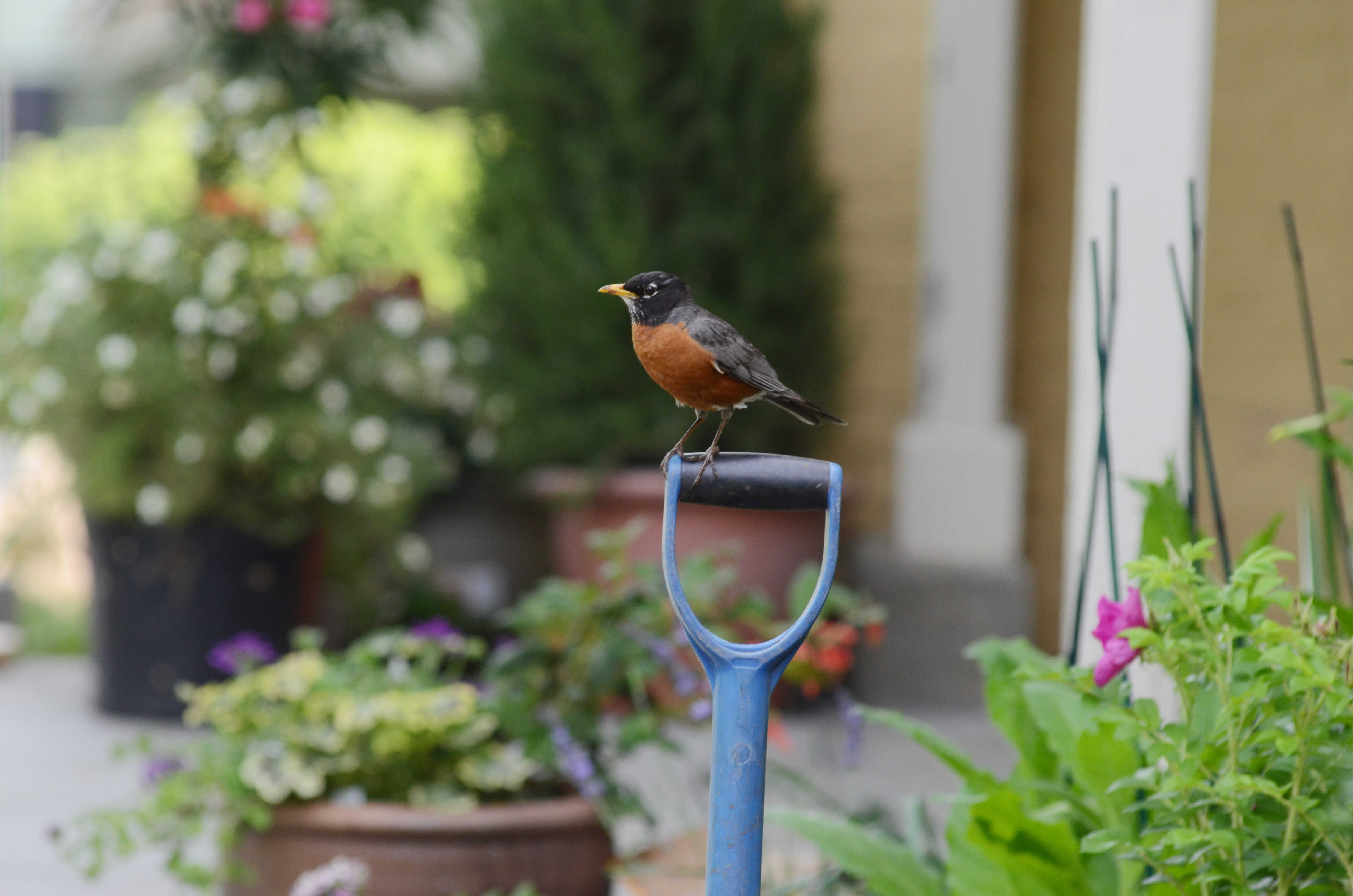 The Dickinson family’s grounds on Main Street consisted of eleven acres of meadow south of the thoroughfare and three acres north of the road on which the Homestead and The Evergreens were situated. The large garden tended by Emily, Lavinia, and their mother flowed down the slope to the east of the Homestead. A large barn stood directly behind the house to shelter the family’s horses, cow, and chickens, and to provide rooms for the groundskeeper.

A path described by Emily Dickinson as “just wide enough for two who love” linked the two Dickinson houses, crossing the lawn from the back door of the Homestead to the east piazza of The Evergreens. In the 1860s, Edward and Austin Dickinson planted a low hemlock hedge that spanned the street frontage of both houses.  (In 2009 the hedge was replanted and a fence installed to help bring back the Dickinson homes and grounds to their appearance during the period the poet lived and wrote.)

Situated on two high terraces, The Evergreens was surrounded by cultivated planting beds and looked out to the west over a neighbor’s orchard. His wife, Susan, tended flower gardens that were held in high regard by townspeople. The lawn between the Homestead and The Evergreens was carefully arranged with an informal distribution of trees and shrubs meant to suggest natural growth, a mix of local and exotic specimens, and open areas where family members played lawn tennis and badminton.