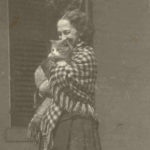 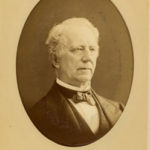 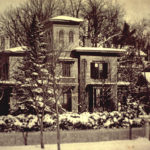 Austin Dickinson marries Susan Gilbert in Geneva, New York. A new home for the newlyweds, named the Evergreens, is built by Edward Dickinson to the west of the Homestead. 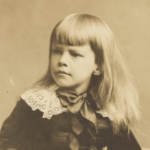 “Emily and all that she has are at Sue’s service, if of any comfort to Baby – Will send Maggie, if you will accept her.” (Dickinson, in a message to Susan) 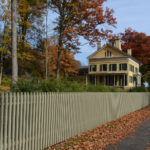 The Homestead is sold to the Mack family. The Dickinson family continues to live in the Homestead as tenants of the Macks, living in the eastern half of the house. 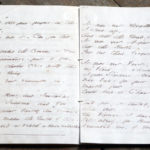 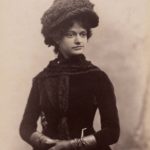 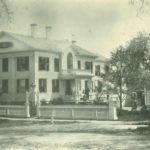 The Dickinsons purchase and move to a house (no longer standing) on North Pleasant Street in Amherst. 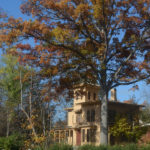 The Homestead is purchased by Amherst College and is open to the public for tours. In 1991, The Evergreens is passed to a private testamentary trust, the Martha Dickinson Bianchi Trust, which began developing the house as a museum.